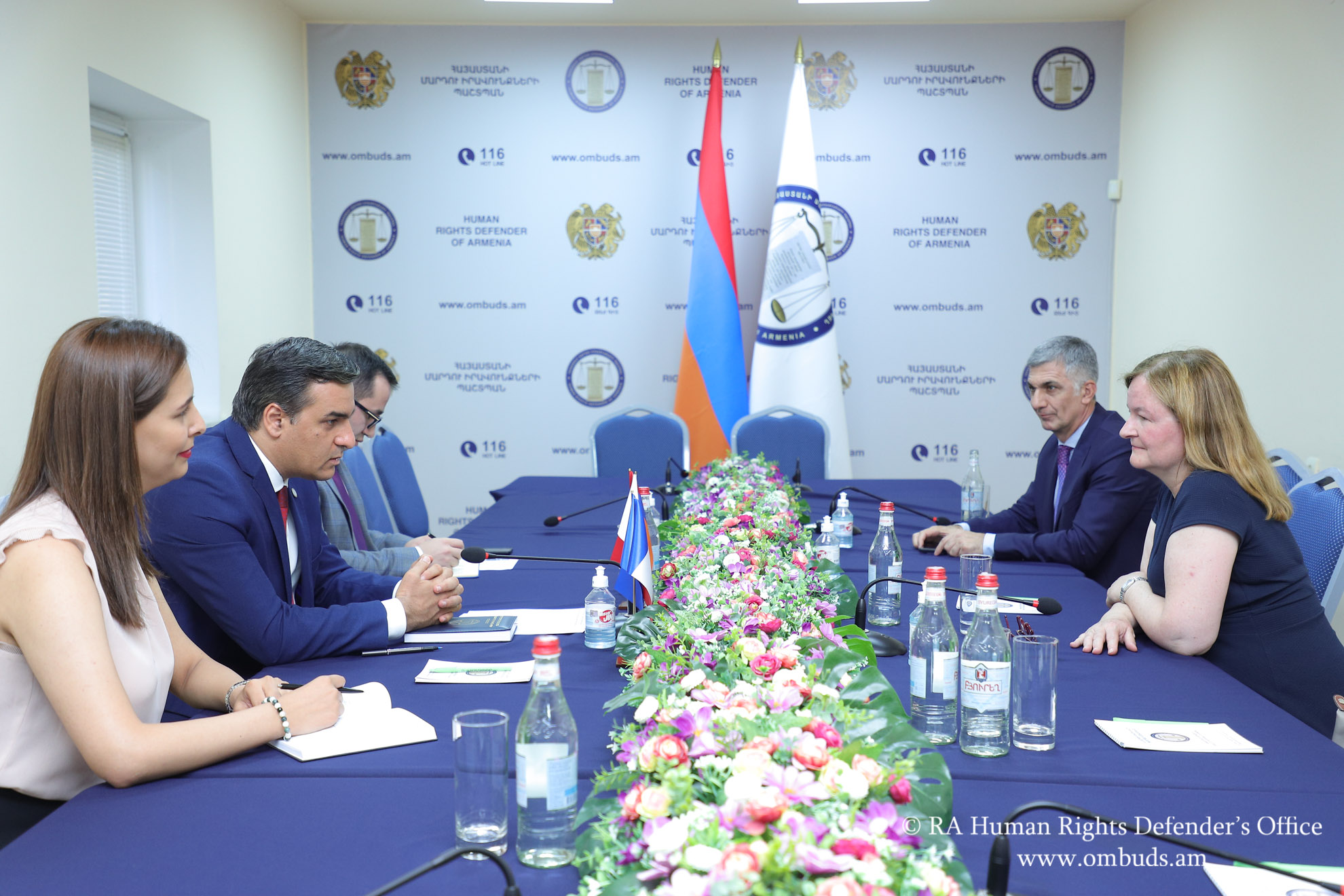 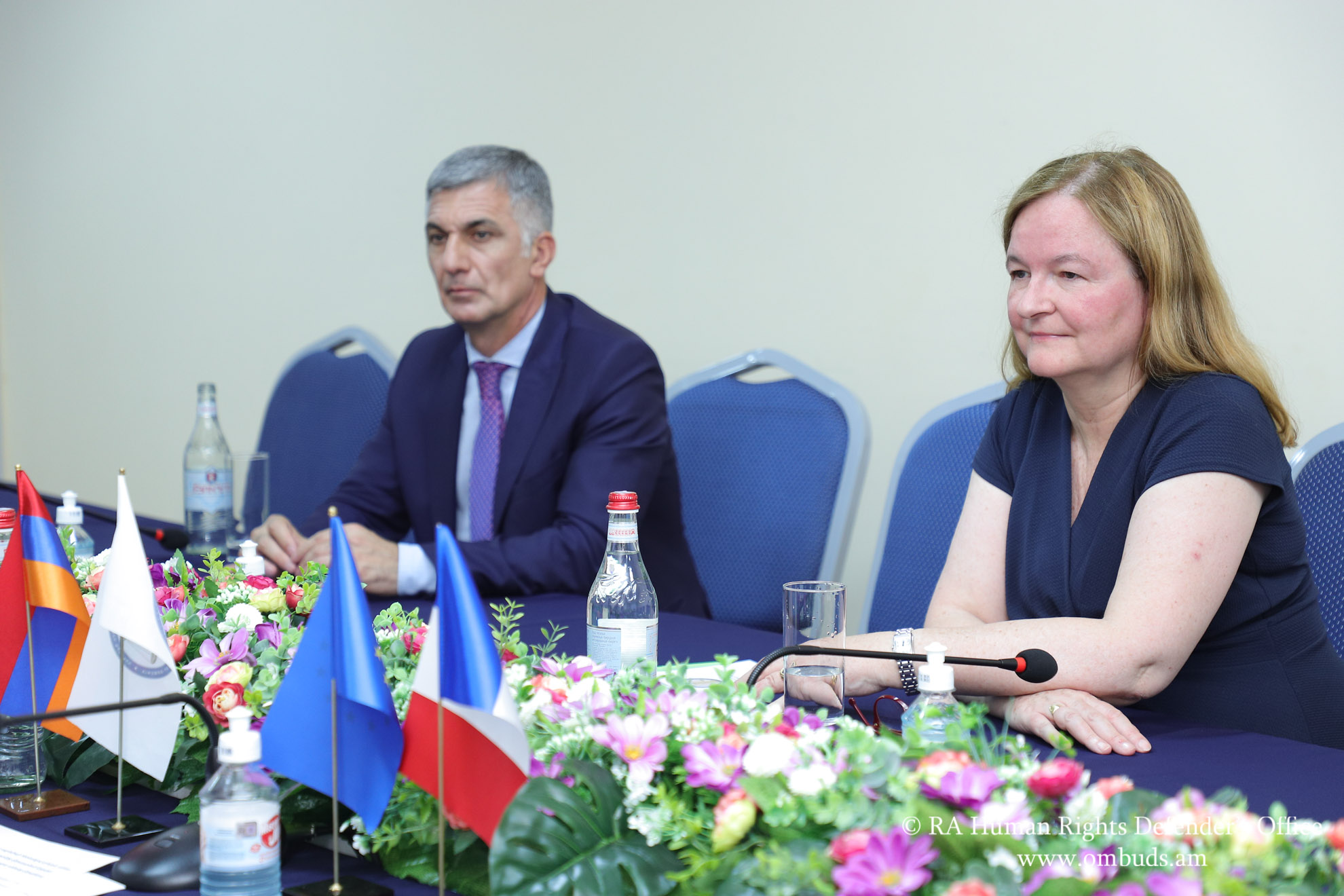 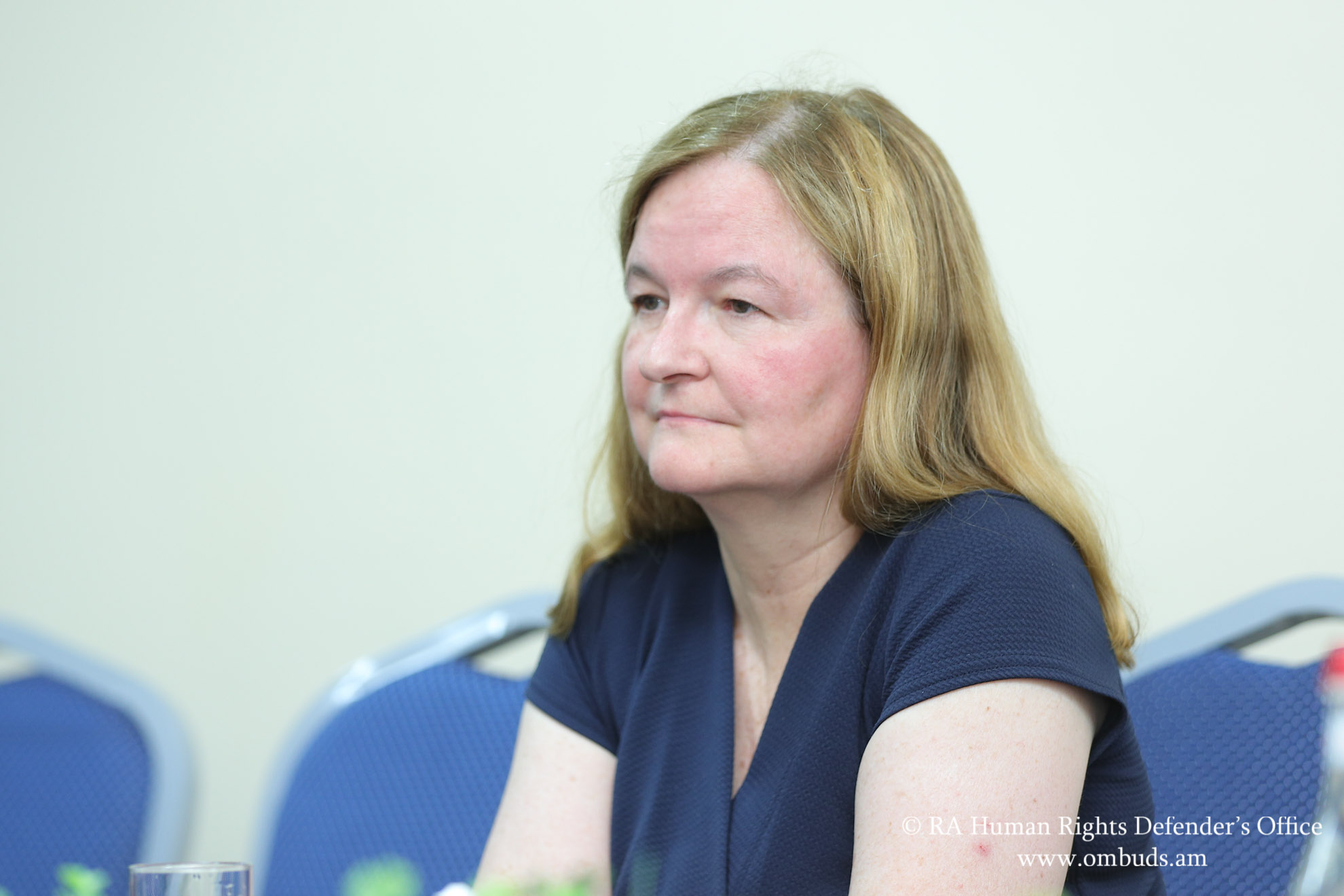 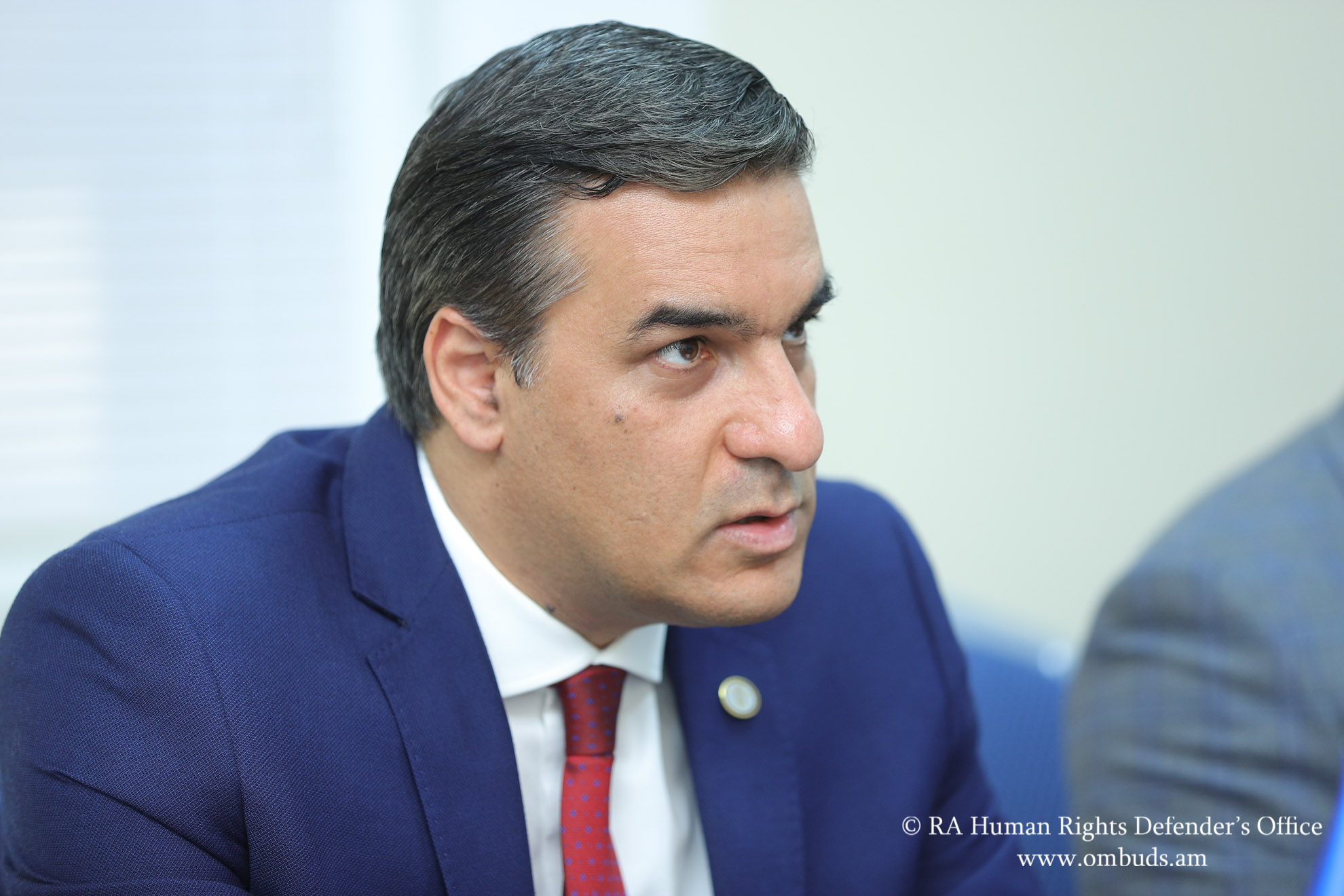 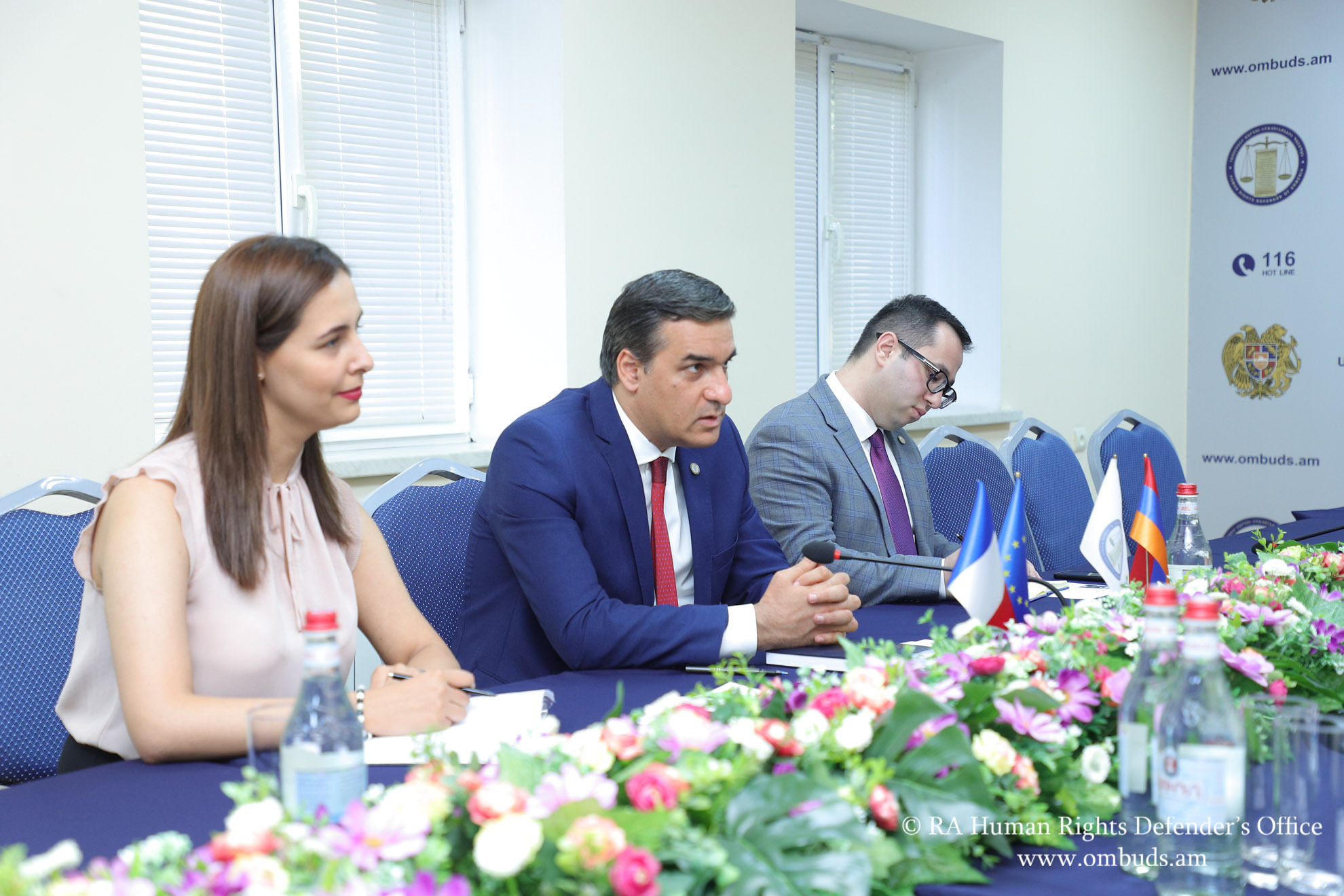 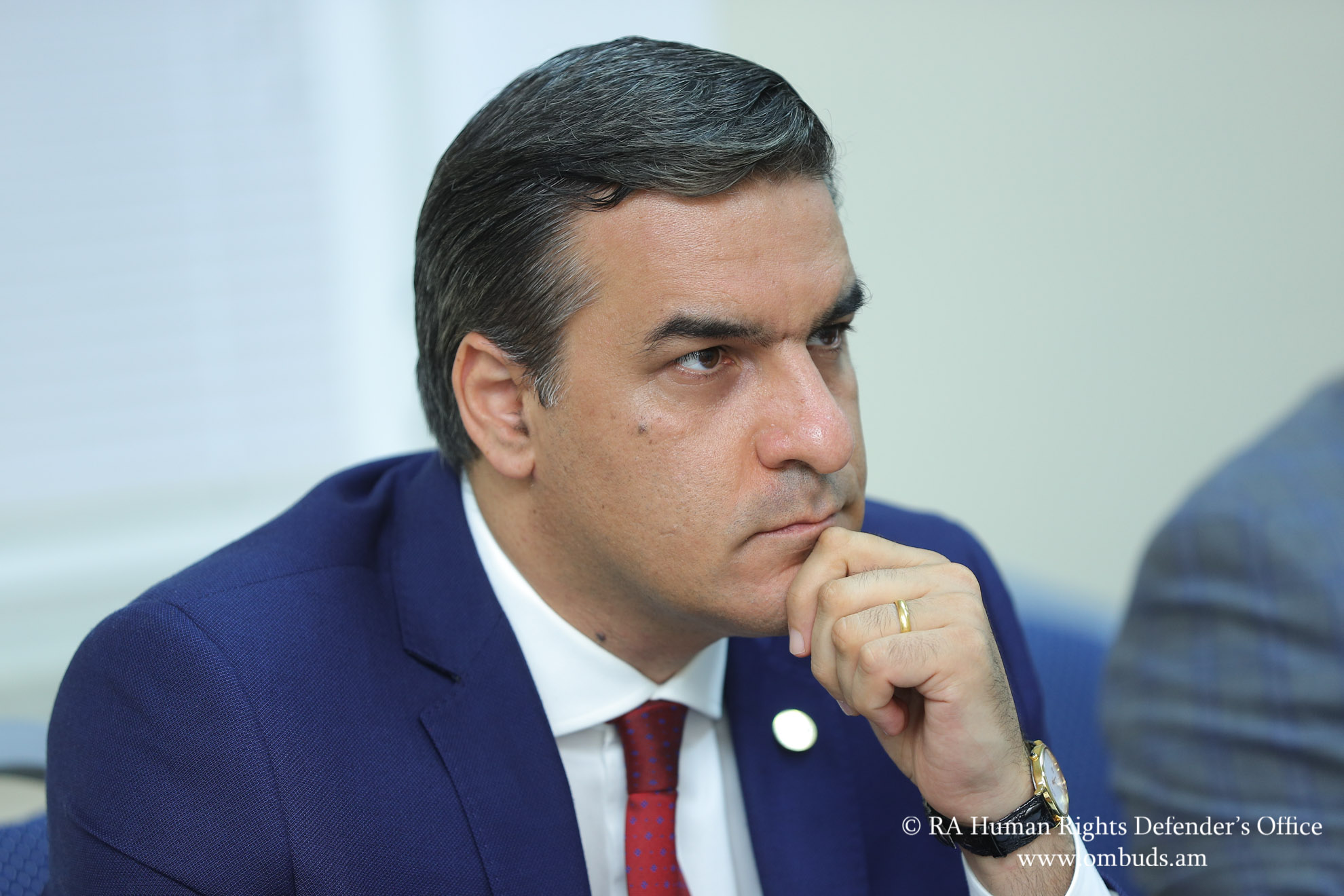 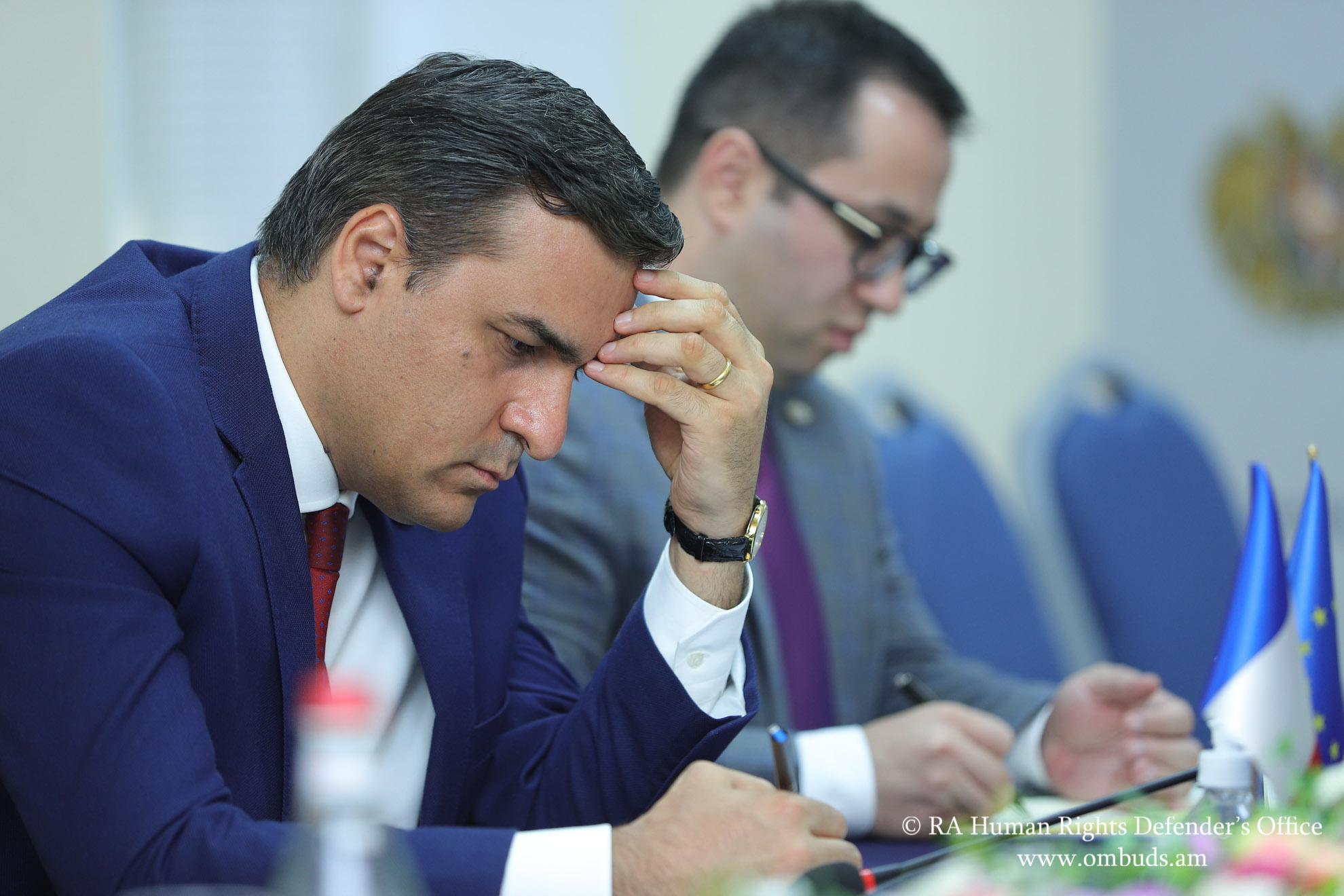 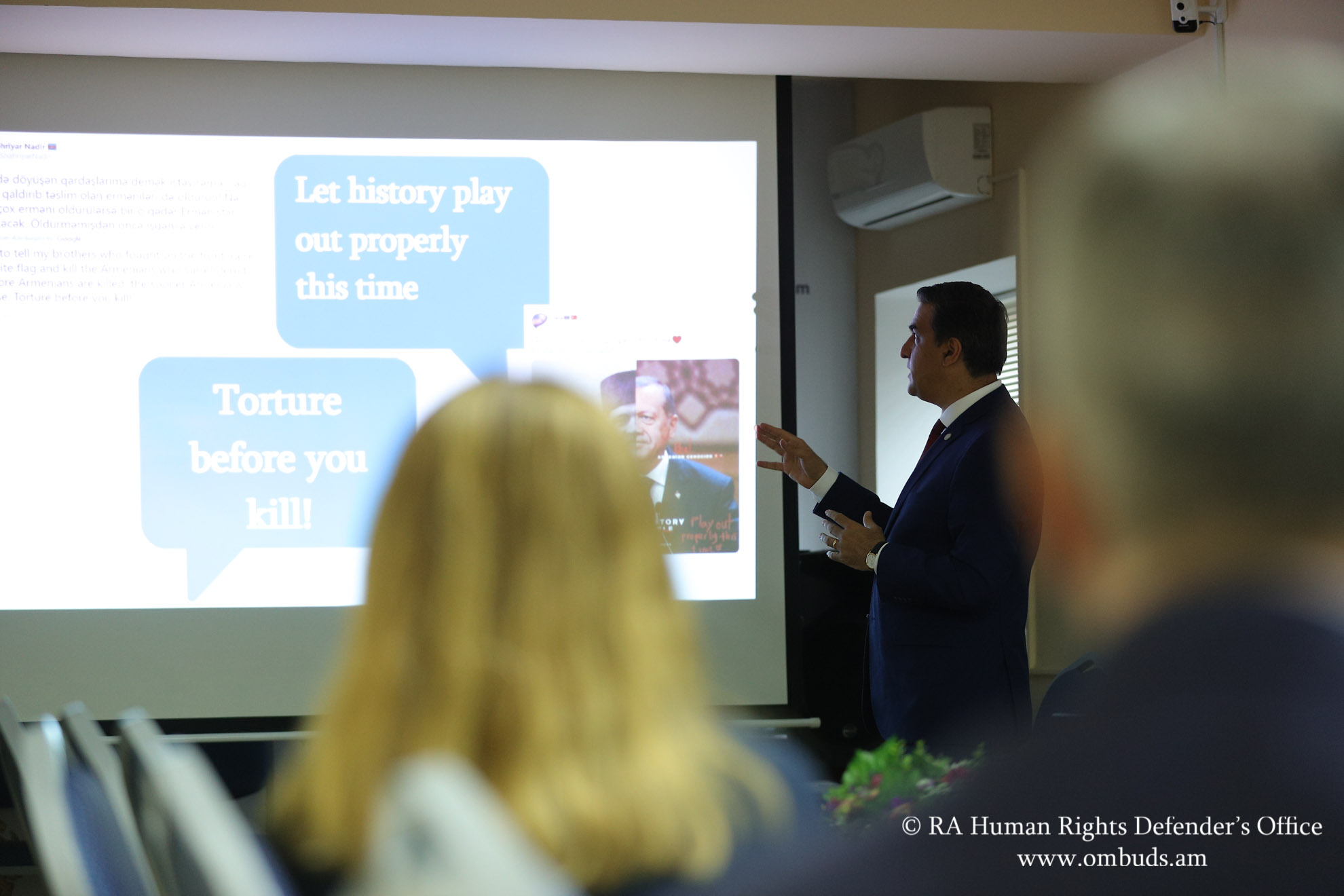 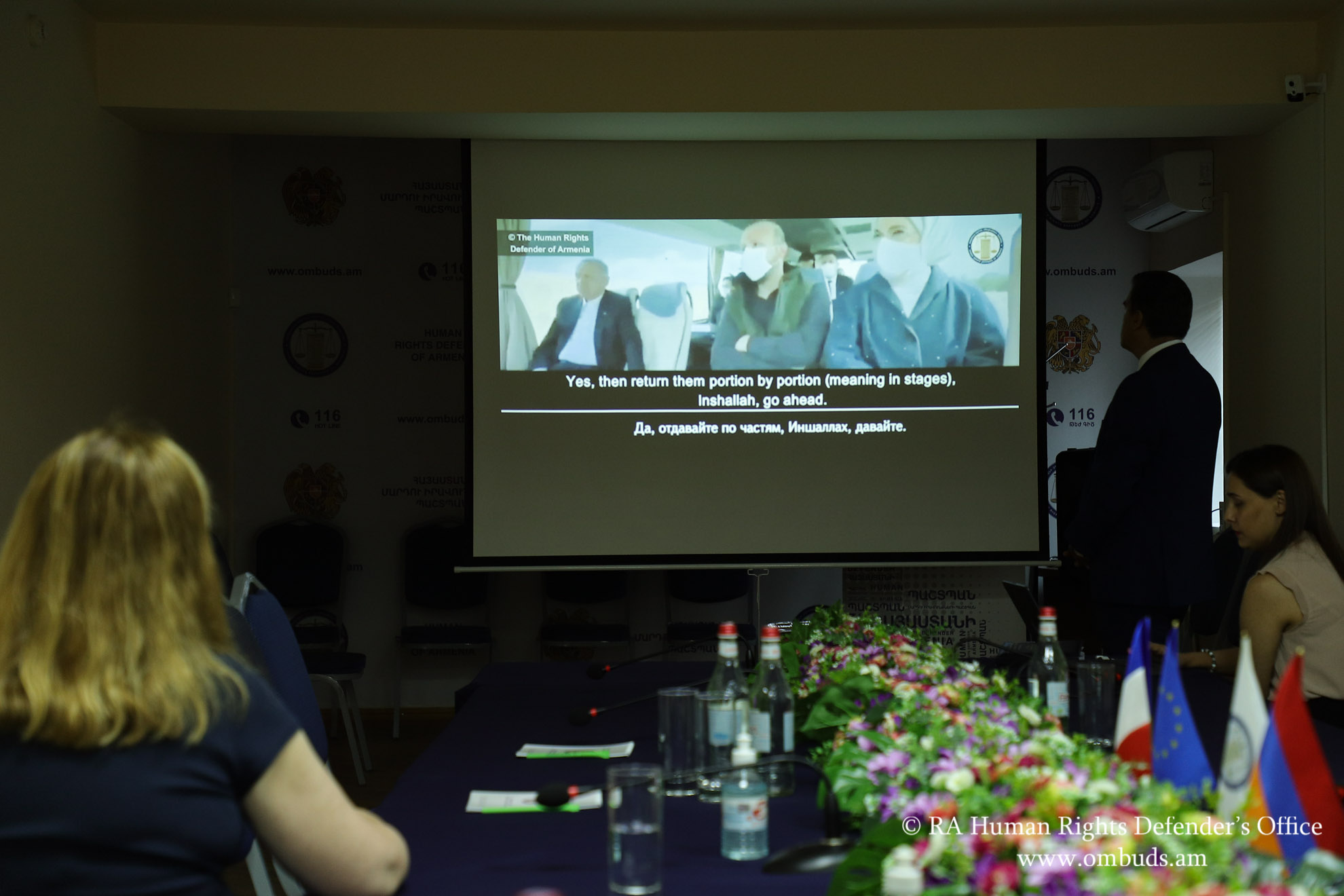 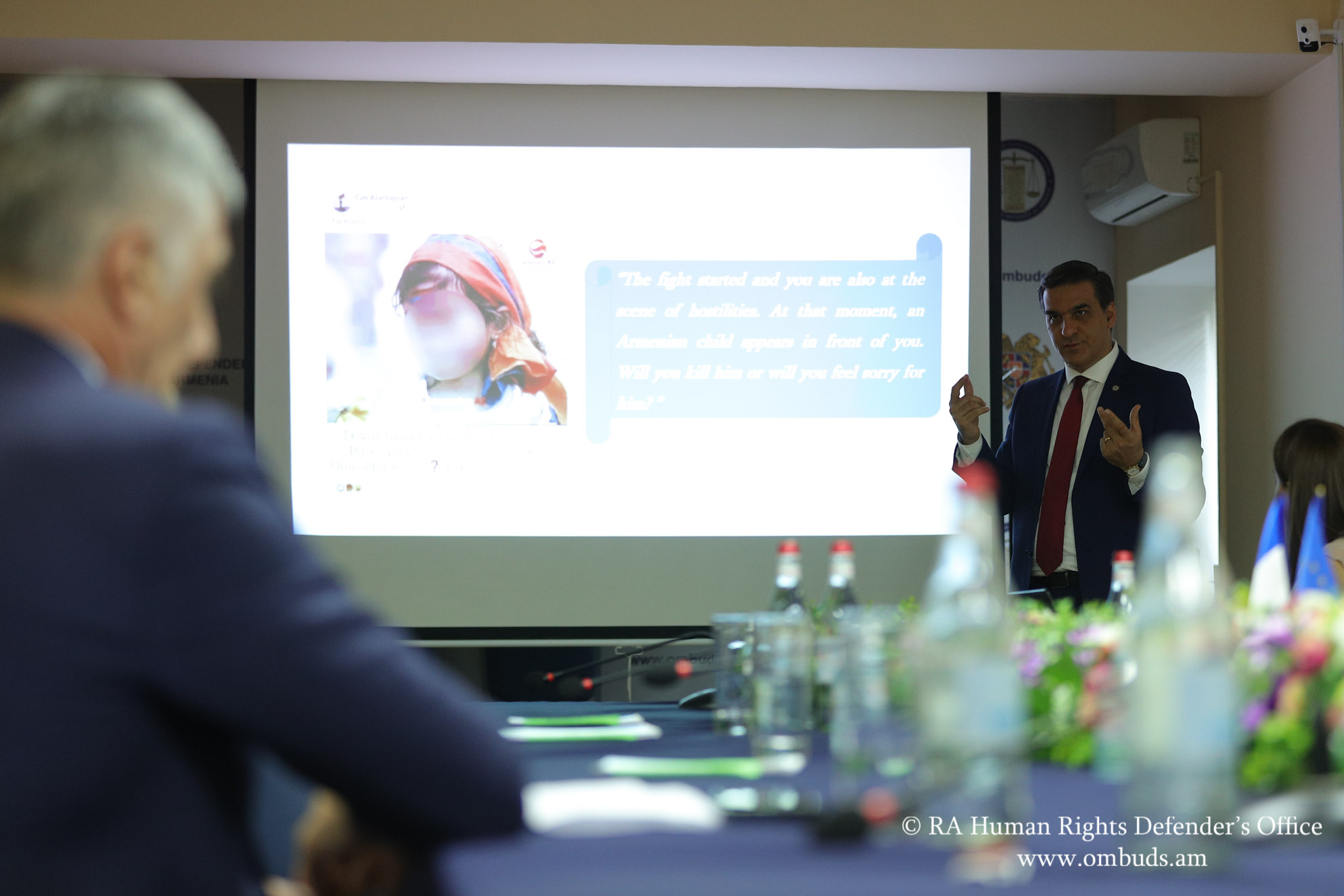 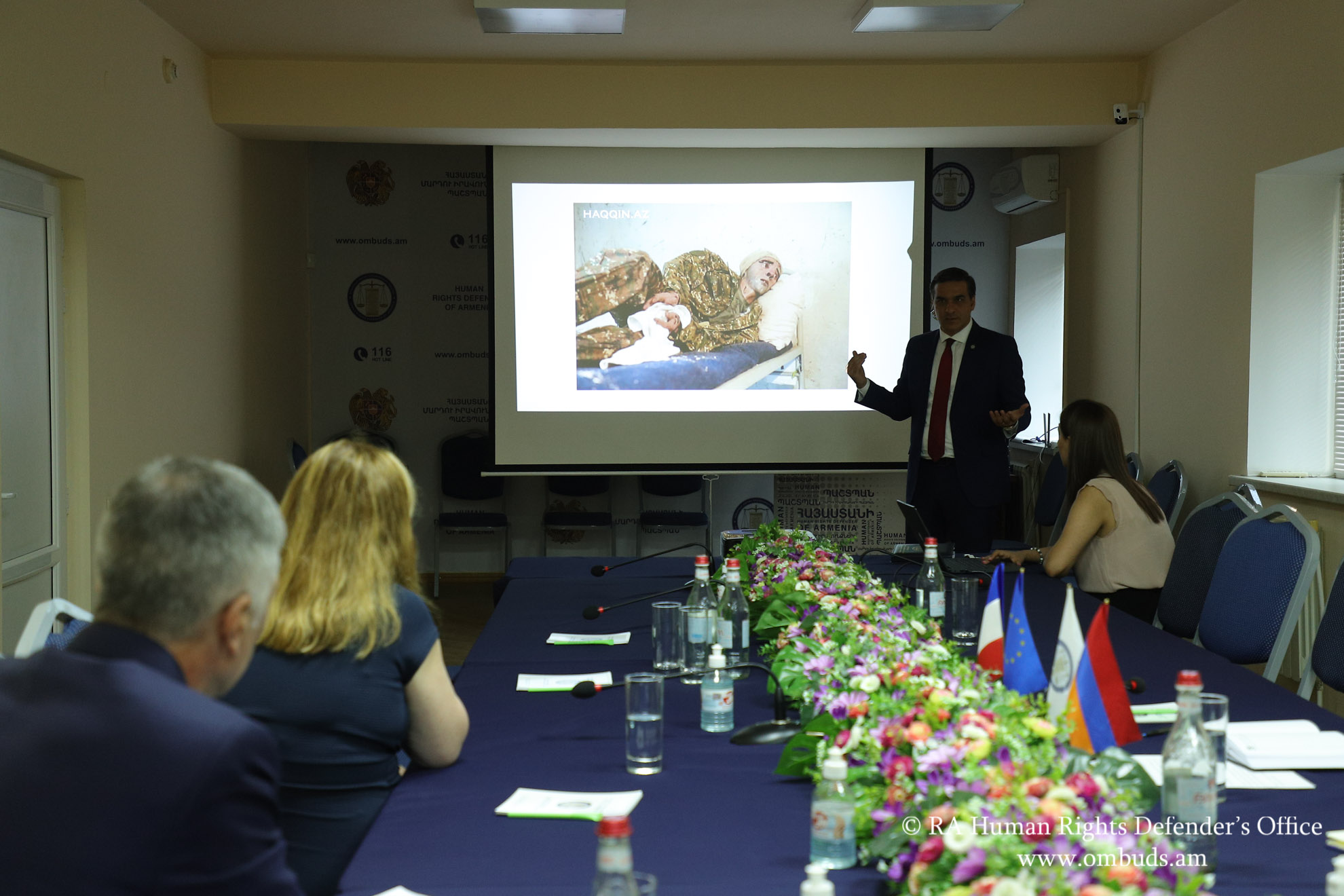 Mr. Arman Tatoyan presented the facts about the violation of the rights of the border residents of Armenia by the Azerbaijani armed forces. In particular, the Defender presented evidences that confirm that there should not be Azerbaijani servicemen, flags and signs in the vicinity of the villages of Gegharkunik and Syunik provinces, and on the roads between the communities of Syunik province.

The Defender noted that the Azerbaijani servicemen regularly create obstacles for the processes of harvest, commit theft of livestock, threaten the residents, etc. The criminal acts of the Azerbaijani servicemen are directed against the rights to life, to property and other vitals rights of the civilian population of Armenia, and are aimed at depriving them of the opportunity to raise livestock and earn a family income.

During the meeting, the Defender referenced in detail about the urgency of the return of the Armenian captives held in Azerbaijan, noting that their presentation as “terrorists” and “saboteurs” grossly violates international requirements.

The Defender noted that the Armenian servicemen and civilians are captives, and they should be released immediately and return to their homeland, without any political or other preconditions.

The Azerbaijani authorities are artificially protracting and politicizing the process, grossly violating the rights of the captives and their relatives, causing them sufferings, and creating tensions in the society.

The Defender also presented the war crimes committed by the Azerbaijani armed forces during the September-November War in Artsakh.

Mr. Arman Tatoyan presented evidences, on how Armenophobia and the killing of Armenians are encouraged by the highest authorities of Azerbaijan. A proof of this fact is the opening of the so-called “exhibition-park” in Baku of the September-November 2020 war in Artsakh.

At the conclusion of the meeting, the parties agreed to cooperate in the field of human rights protection.