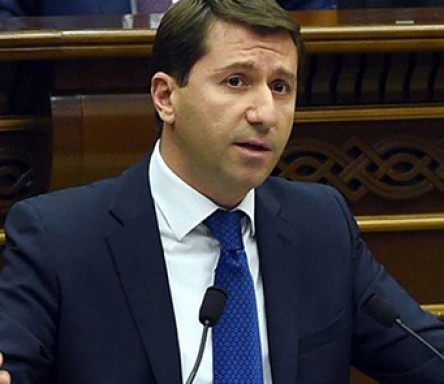 1994-2002 Karen Andreasyan studied in various institutions including the Law Faculty of Yerevan State University, obtaining a PhD from the same Faculty, University of California, Berkeley, University of Oxford in Great Britain, Canadian Center for Human Rights, European Journalism Center in the Netherlands.

1997-2000 He worked in state bodies of the Republic of Armenia including Yerevan Municipality, RA Ministry of Defense, First Instance Court, and taught Human Rights and Administrative Law at Secondary School N120 and RA Police Academy.

2001-2007 He studied at Law Faculty of Yerevan State University.

2001-2003 He worked in a number of non-governmental organizations, including the Armenian Bar Association Center for pro bono legal services /as a director/, “Civil Education Program” international organization /as a project coordinator/, “Internews” NGO /as a lawyer/. During the specified period he taught human rights in Abkhazia, South Ossetia and in seminars for journalists held in Nagorno-Karabakh.

In 2003 Mr. Andreasyan worked as a Senior Research Fellow at the Center for Socio-Legal Studies at University of Oxford in Great Britain.

2003-2004 He worked in a number of international organizations as an international expert and advisor, including in “Article 19” in Great Britain, “Open Society Justice Initiative” in Hungary, “Access to Information” in Bulgaria.

2005-2008 He worked in American Bar Association as a lawyer, then as a chief lawyer and finally as a deputy director.

2006-2007 He worked as an advisor to the President of the Constitutional Court of the Republic of Armenia.

2007-2010 He realized a number of television and civic projects. In cooperation with European Journalism Center, he organized a competition on Information Law and Investigative Journalism for law and journalism students. He conducted the program "State Issues" at "Yerkir Media" TV Company and the program "In Reality" at Armenia TV Company.

Karen Andreasyan is author of about twenty published scientific articles, educational materials and other works.