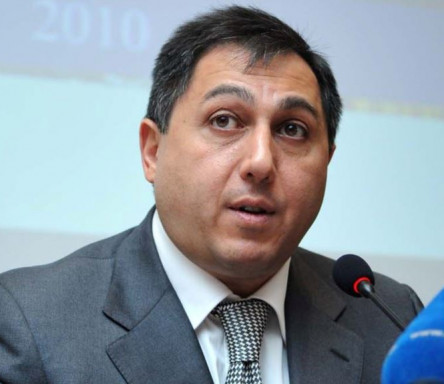 1981-1986 studied and graduated with Honors from Department of Law, Yerevan State University. In 1986 obtained PHD from the Institute of State and Law under the USSR National Academy of Sciences. In 1989 he became Candidate of Law defending his thesis.

1993-1997 he studied at the Doctorate studies of the Russian Academy of State Service. After graduating and defending his thesis he became a Doctor of Law. He was trained at 12 Central European and Parisian Universities. He is an alumni of the Chevening Scholarships at the Human Rights Center of the University of Nottingham from 2006 to 2007.

2001-2005 he was the representative of RA President for RA Constitutional reforms.

2000-2002 he was the Dean of the Law Faculty at the Russian-Armenian (Slavonic) State University.

2002-2006 he was the Rector of the RA Public Administration Academy.

Since 2001 he is the President of the European Law Association of Armenia.

In 2009, he became a member of the European Ombudsman Institute’s Council.

In 2010, Mr. Harutyunyan joined the Association of Mediterranean Ombudsmen and Asian Ombudsman Union.

He delivered reports at the universities of Harvard and Michigan.

On February 1, 2011 he submitted a resignation letter to RA National Assembly due to his transfer to another job.

Since March 2011 he was Special Representative of UN General-Secretary in Central Asia.

On June 22, 2015 was elected as a Judge of the European Court of Human Rights.