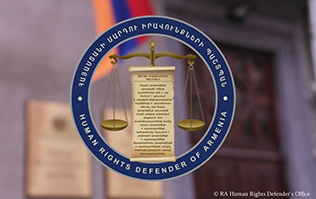 The Human Rights Defender's Office in Armenia as an Ombuds and National Human Rights Institution with the highest "A" international status is functioning in accordance with Paris and International Principles.

The Defender is an independent official who observes the maintenance of human rights and freedoms by public and local self-government bodies and officials, and in cases prescribed by this law also by organisations, facilitates the restoration of violated rights and freedoms, improvement of normative legal acts related to rights and freedoms.

Preventive activities at the systematic level include, for example, applying to the Constitutional Court in regard to compliance of laws, decisions of the National Assembly, orders and instructions of the President of the Republic of Armenia, decisions of the Government and the Prime-Minister, by-laws with Chapter 2 of the Constitution stating regulations on basic rights and freedoms of the human being and the citizen. In the framework of cooperation with the Constitutional Court, the Defender also presents a special opinion (amicus brief) on human rights-related cases examining in the Court.

As part of his/her function on promoting the development of normative legal acts, the Human Rights Defender develops and submits recommendations to the competent authorities on making amendments and supplements to legal acts. It is also noteworthy that prior to the adoption of draft laws on human rights and freedoms they should be sent to the Defender for written opinion.

Another important area of work to address systemic issues and prevent rights violations is to carry out awareness raising activities. In this context, the Defender publishes videos, information leaflets, guidelines, and other materials on various human rights issues.

Following the Constitutional Amendments of 2015 and the adoption of the Constitutional Law, the Human Rights Defender observes also the maintenance of human rights and freedoms by organizations operating in the public service field (electricity, heat, gas, water supplies, telecommunications, postal communication, etc.). The Defender also discusses complaints regarding alleged violations of human rights by organizations delegating powers of state and local self-government bodies.

The Defender is also entrusted with independent monitoring of the implementation of a number of convention provisions in the country. In particular, The Human Rights Defender is entrusted with the mandate of the National Preventive Mechanism provided by the Optional Protocol — adopted on 18 December 2002 — to the 1984 UN Convention against Torture and Other Cruel, Inhuman or Degrading Treatment or Punishment in the Republic of Armenia.

The Human Rights Defender annually, until March 31 presents to the National Assembly the annual communication on the activities thereof during the previous year, as well as on the state of protection of human rights and freedoms. As the National Preventive Mechanism, the Defender shall, during the first quarter of each year, publishes and presents a separate report to the National Assembly on activities aimed at preventing torture and other forms of ill treatment. In relation to specific issues forming public resonance or gross violations of human rights, the Defender publishes ad hoc public reports or communications.