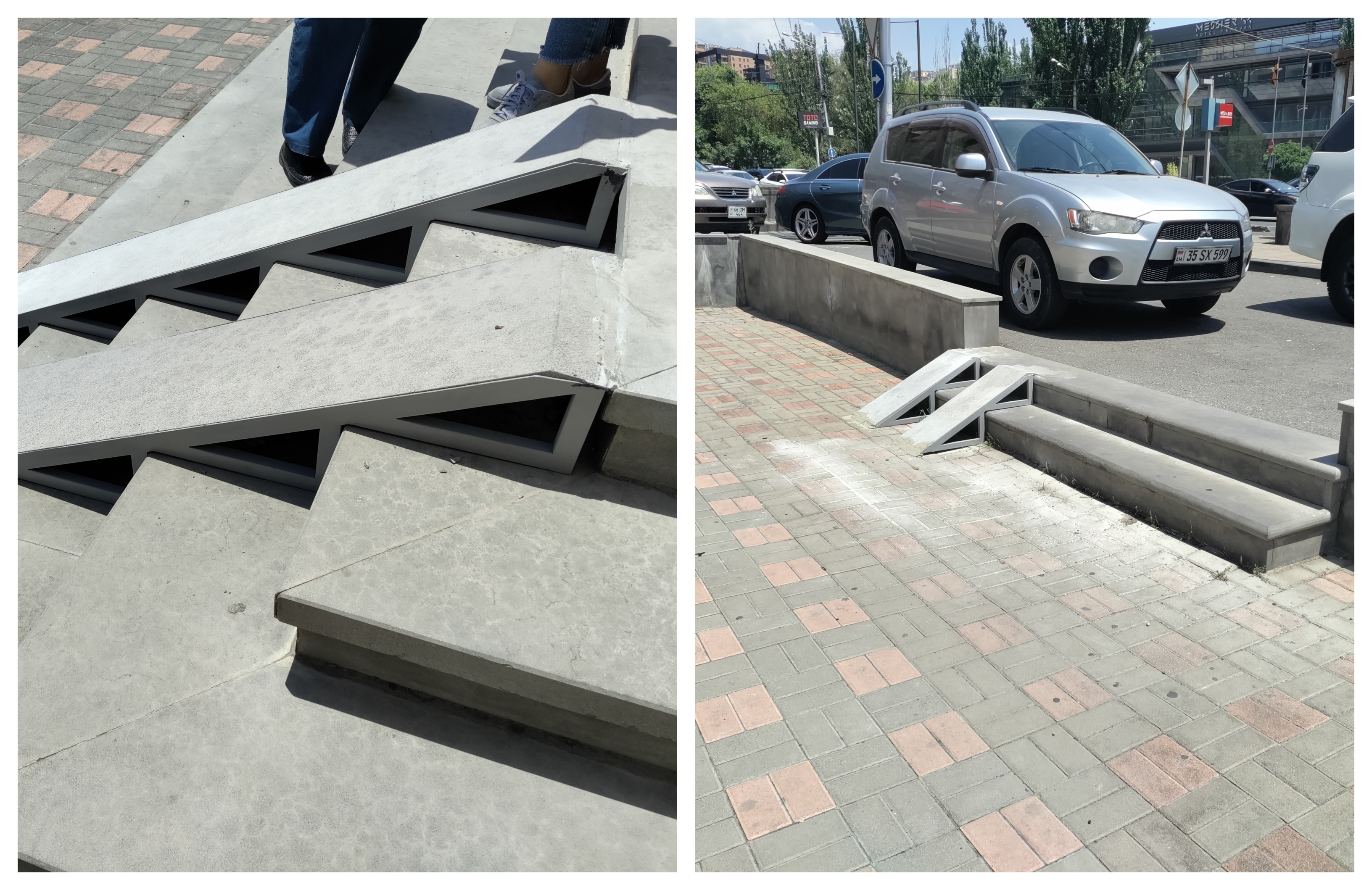 The Human Rights Defender, based on a public application of the Union of Cinematographers of Armenia non-governmental organization (NGO), initiated a study on the demolition of the main entrance ramp of the Cinema House.

The public complaint to the Defender stated that "the ramp, which is more than 7.5 meters long and 1.2 meters wide, built for people with disabilities and for persons with mobility difficulties in the society, in accordance with all urban planning norms, has been completely removed, and an additional entrance to the cafe has been opened" and stairs leading to the cafe were built in place of the ramp.”

According to the Union of Cinematographers of Armenia NGO, the largest cinema hall in Armenia, the 515-seat large hall of the Cinema House, has not only deprived persons with disabilities and other persons with mobility difficulties in the society of an accessible entrance and exit from the hall, but also hindered the implementation of the projects envisaged by the NGO to create a green and cultural environment in the square near the entrance to the Cinema House.

It became apparent that the Union of Cinematographers of Armenia NGO applied to various state bodies, including the Yerevan Municipality and the Police of Armenia. Moreover, the organization has sent a request to the Real Estate Cadaster Committee of Armenia regarding the property right of the area around the building, but it is not clear from the latter's answers whether the area adjacent to the Cinema House is a community or a private property. For this reason, it is unclear to the organization which state body is competent to discuss and resolve the issue raised by it.

Based on the results of the current study, the Human Rights Defender records that the two ramps built in place of the demolished ramp (in front of the building and on the main entrance stairs) are not accessible, convenient, or safe for people with disabilities.

From the point of view of resolving the issue, the Human Rights Defender considers that any solution providing the main entrance to the Cinema House should be such as to guarantee the right of persons with disabilities to move independently in an accessible, convenient, safe manner without the need for additional support or discrimination.

Letters requesting additional information and clarifications on the issue will be addressed to the competent state bodies.