Killings of Armenians motivated by ethnic hatred, tortures, and atrocities: April 30 marked the 30th year of the Operation Ring (“Koltso”) of the forced displacement of Armenian settlements in Artsakh by the Azerbaijani forces 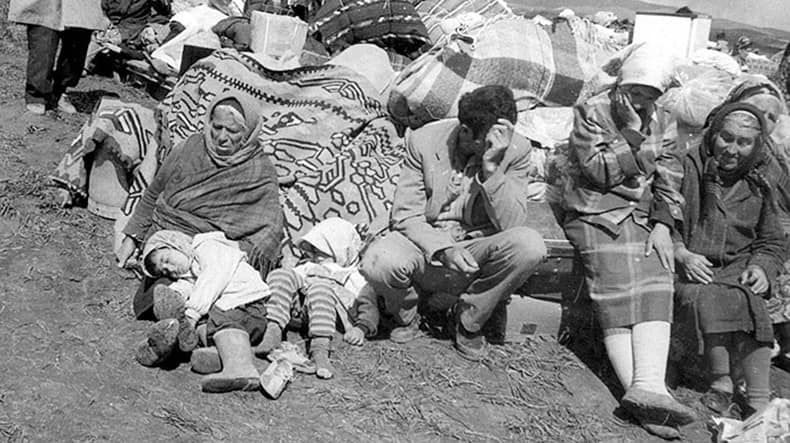 April 30 marked the 30th year of the Operation Ring of the forced displacement of Armenian settlements in Artsakh by the Azerbaijani forces.

Operation Ring, during which the displacement of the Armenian settlements of Artsakh, and the large-scale atrocities against Armenians by the Azerbaijani forces occurred, started in April 1991 and lasted until August.

Although those operations were preceded by the numerous steps Azerbaijani authorities aimed at emptying Artsakh of Armenians, as well as statements of Azerbaijani officials on ethnic cleansing, Operation Ring itself started on March 25, 1991. On that day, the Azerbaijani Special Purpose Police Units carried out regular shelling against the Getashen and Martunashen villages.

Before the invasion, the Azerbaijani forces isolated the targeted villages. On April 16, the Shahumyan Province was subjected to a power blackout, the telephone connection was cut off, and regular helicopter flights from Yerevan to Shahumyan were banned.

On April 30, Getashen and Martunashen villages were shelled, during which tanks, combat helicopters, and artillery were used against the peaceful Armenian population.

Following the encircling the Armenian villages of Artsakh by the Internal Troops of the Ministry of Internal Affairs of the USSR and the Soviet Army, the Azerbaijani Special Purpose Police Units and the Special Purpose Militia Unit invaded the villages under the pretense of carrying out “passport regime control”.

In reality, killings of ethnic Armenians, motivated by ethnic hatred, tortures and other atrocities took place, due to which people involuntarily left their homes.

As a result of this operation, more than two dozen villages was emptied off Armenians, nearly 10,000 people were displaced and more than a 100 were killed. Moreover, as a result of the Operation Ring, 100 persons were taken hostage, and the fate of many is still unknown

The Operation Ring is one of the examples of Azerbaijan's policy of Armenophobia and ethnic cleansing.

In the following years, the state policy of Armenophobia and propaganda of hostility towards Armenians underwent new developments, and encouraging the killings of Armenians was its important element.

The facts confirm that the mentioned atrocities against Armenians were carried out exclusively on the basis of ethnicity; and had the intention of destruction and deprivation of homeland.

The issue is about the Azerbaijani policy of ethnic cleansing and genocide, which was based on state-supported Armenophobia against Armenians.

Evidences confirm that in the following years, the state policy of Armenophobia and propaganda of hostility towards Armenians underwent new developments. Killings of Armenians, and the torturing of a person of Armenian ethnicity was openly encouraged by the Azerbaijani authorities.

The concrete evidence of this is the brutal murder of the Armenian officer Gurgen Margaryan by an Azerbaijani Army officer, Ramil Safarov, in his hotel room while he was asleep in February 2004, during an international training course in Budapest. He was later extradited to Azerbaijan and thereafter, not only was he pardoned, but he also glorified at the highest levels.

In its 2020 judgement in the case of “Makuchyan and Minasyan v. Azerbaijan and Hungary” (application no. 17247/13), the European Court of Human Rights recorded that Ramil Safarov's pardon, the granting of benefits, the encouragement at the highest state level, and glorification among the entire Azerbaijani society were ethically motivated. According to the ECtHR, this is evidenced from the statements of the high-ranking officials expressing their support for the conduct.

During the 2016 April and 2020 September-November wars against the population of Artsakh, the Office of the Human Rights Defender recorded atrocities on the basis of ethnicity by the Azerbaijani armed forces, including brutal killings, tortures, and humiliation of the dead bodies of the Armenian civilians and servicemen.

All these was carried out by the Azerbaijani Armed Forces and the involved mercenaries, who were filming video materials and, and obviously convinced of their impunity, were cynically demonstrating with their faces uncovered, how for example they were beheading an Armenian, cutting off their ear or desecrating their body.

The Armenophobia and encouragement of killings of Armenians preceded those wars and continued with even greater aggression in parallel with them. On that matter, there also are reports based on objective evidences.

The Armenophobia, and the state policy of causing suffering to the Armenian society, playing upon the feelings, and causing tension continues to this day in Azerbaijan. This is clearly evidenced by the capture of Armenian civilians and servicemen and the refusal to return them for artificial reasons, the constant politicization of the issue and making it a subject of bargaining.

Unfortunately, the very disproportionate response of the international community, and especially those of the international organizations with a human rights protection mandate to the described atrocities, and in many cases simply their silence, only contributed to fact that not only did the mentioned atrocities and Armenophobia were not excluded, but they deepened and received even more atrocious forms.

The Human Rights Defender of Armenia, on behalf of themselves and their entire Office, pays tribute to the memory of the innocent victims of the Operation Ring and specifically emphasizes that the impunity for violations of rights and crimes breeds new, graver violations and serious crimes.

The Office of the Human Rights Defender of Armenia will disseminate this statement to the relevant international organizations.