Regarding the immediate visit to Ararat Khandoyan 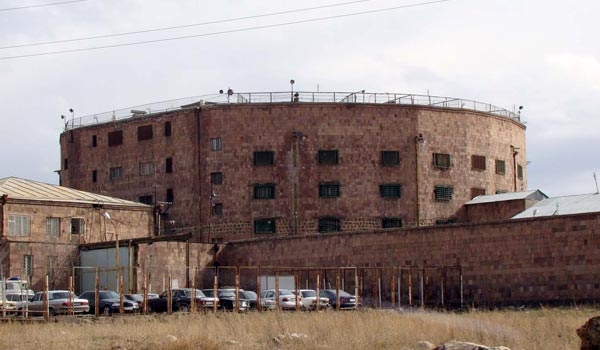 On the basis of the information published in mass media, on the morning of November 25, upon the assignment of the RA Human Rights Defender, an immediate visit was conducted to “Nubarashen” Penitentiary Institution. The representatives of the Human Rights Defender had a private interview with Ararat Khandoyan in the disciplinary cell, studied his detention conditions.

During the private interview, A. Khandoyan noted that though he had been provided with an electric heater, it is cold in the disciplinary cell . It turned out that the glass was broken, and A. Khandoyan covered that part with a pillow. Ararat Khandoyan also informed about illnesses he had.

After recording the fact that the window of the disciplinary cell was broken, the Human Rights Defender's representatives raised the issue on the spot. On the same day, a new glass was placed on the cell window, solving the problem.

A discussion has been held today with the Ministry of Justice Penitentiary Department on A. Khandoyan's case, stressing the need for a doctor's visit, which will take place on Monday morning.

The Human Rights Defender's Office received also the lawyer's complaint together with the copy of A. Khndoyan's statement. Based on the complaint, a letter was sent to the Ministry of Justice raising the issue of Ararat Khandoyan's detention in the disciplinary cell under the medical conditions mentioned by A. Khndoyan and his lawyer, as well as the issues related to the organization of consultation by appropriate doctors.