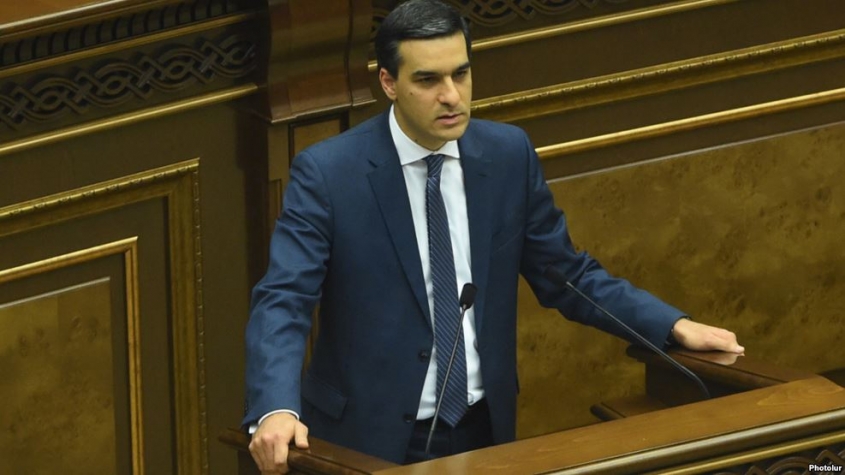 Mr. Arman Tatoyan, RA Human Rights Defender, participated in the 59th Session of the UN Committee against Torture in Geneva, Switzerland, on November 23, and during a closed sitting delivered a special report on fulfillment of requirements of the UN Convention against Torture.

During the sitting, the Committee members emphasized the importance of the provisions of the RA draft law on the Human Rights Defender, regulating the activities of the Defender as National Preventive Mechanism. Thus, the State has been encouraged to undertake measures aimed at urgent adoption of the draft law. The Committee members also emphasized the importance of the results of the work carried out by the Human Rights Defender.

Taking into consideration the special attention paid by Human Rights Watch to cases of using force and prohibited weapons against the civilian population in military situations, Mr. Tatoyan drew Mr. Fisher’s attention to the violence committed by Azerbaijan against the civilian population of the Republic of Artsakh during the April war, including shelling of settlements, beheadings, as well as state-supported propaganda of armenophobia in Azerbaijani media. Special significance was attached to the reports of the Artsakh Human Rights Defender and his role in carrying out fact finding work. The products of that work along with relevant evidence and proof were passed to Mr. Fisher.

Mr. Arman Tatoyan also held a meeting with Mr. Heinz Koller, Regional Director of the International Labour Organization Office for Europe and Central Asia. The priorities of cooperation in the field of labour rights protection were discussed during the meeting.

This issue is of special importance taking into consideration that as a result of the recent Constitutional changes the Human Rights Defender is authorized to follow the protection of human rights and freedoms also by private organizations, and to assist to the restoration of rights and freedoms violated by those organizations. In this regard, the Parties agreed to present a project proposal and take concrete steps towards this goal. Mr. Koller expressed readiness to arrive at Armenia on a special mission for implementing such projects.