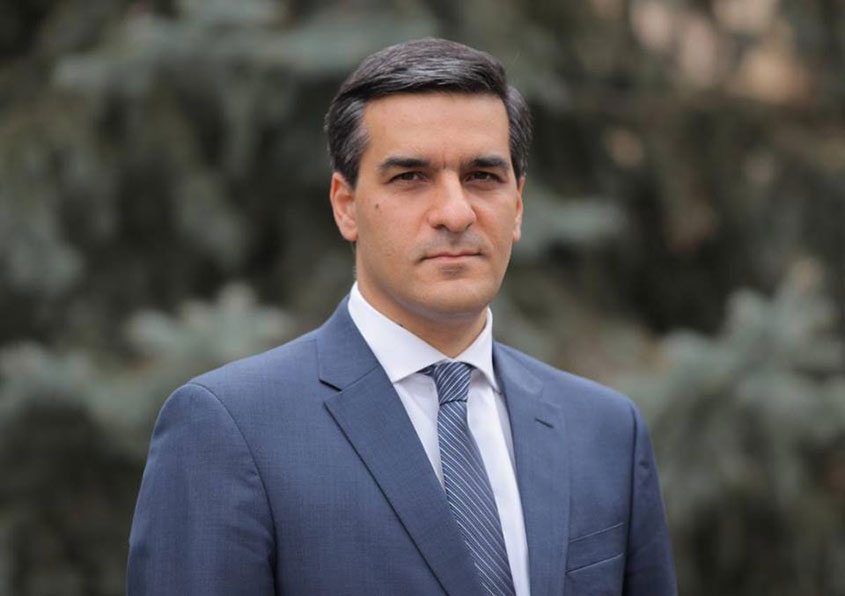 1. Since the very beginning of the events, which started on July 17, we have made several appeals to both, the Police and participants of rallies, to display tolerance, to keep the peaceful nature of rallies, not to let violations of the law, especially violence in any form happen.  Any case of violence or manifestation of hate speech is subject to strong condemnation.

2. Unfortunately, during the recent rallies obvious cases of violation of citizens' rights have been registered. The Staff of the RA Human Rights Defender have received signals about the facts of unjustified arrests of citizens and bringing them to police departments, using violence against them, not respecting the right for a phone call, hindering the lawyers' entrance to the Police departments, taking  personal belongings of the citizens  with violation of established procedures and not returning them back. Even more, information about the facts of tortures have been spread by mass media.

There have also been publications about the cases of inflicting bodily injuries to journalists, hindering execution of their professional activity, which especially reprehensible. In such situations journalists should be especially protected.

3. We have summed up all mentioned cases and already sent relevant notifications to the Police with the request to provide clarifications and with recommendations to take to account all those officials, who will be found guilty as a result of investigation. Concerning all those cases, which seemingly had elements of crime, notifications have been sent to the Prosecutor General's Office of RA and Special Investigation Service of RA with the request to consider the issue of instituting relevant criminal cases.

We have taken to note, that according to the official information of the Special Investigation Service, a criminal case has been instituted on the basis of reports on the disproportional use of force against citizens by police servicemen and on hindering the legal activities of journalists and lawyers. According to the Police, the mentioned reports are checked by the Police as well.

4. It is necessary that in the current situation the state competent bodies, each within the scope of their specific powers, make all efforts to conduct proper investigation of each described case and to ensure calling each official, who committed violations, to account to the fullest extent of the law.

It is necessary to suspend the service of those policemen, suspected in or accused for using violence against a citizen or, even more, for subjecting a citizen to torture, up to the end of proceedings, related to concrete cases.

Alleged victims should be actively engaged into investigation of such cases and publicity must be ensured at a level, higher than usual, even within the conditions of the constitutional requirement for secrecy of investigation.

Then, each state competent body must present a public report on already taken or being taken measures on the matter. Moreover, such publications must be periodic and systematic.

This approach will be of special importance from the view of preventing any similar phenomenon and ensuring trust toward the activities of law-enforcement bodies. This way it will also effectively guarantee impeding of using violence against a citizen or unjustified interference into the execution of his or her right.

The Human Rights Defender will display strict consistency within his competence in following up all relevant proceedings.

5. Participants of the rally must maintain the peaceful nature of the rally. It is necessary to rule out aggressive actions or insulting the policemen, who act within their legitimate powers.

Worrisome is the fact that video-materials from the territory of the police-patrol service regiment and then relevant publications were spread by mass media, containing  appeals to violence. In particular, there were appeals to hit on the heads of those, who would block their way, with petrol bottles and stones, to go to streets and burn, and other appeals, supposing  violence. According to public data, car-burning and shooting cases have been also  registered in the recent two days .

Encouragement of hate speech and threats and appeals to display armed resistance  or commit any form of violence are impermissible.  In the social networks there are also publications, which are made without taking into consideration of legal regulations and encouraging violence.

We urge all parties to refrain from spreading such publications, as well as any information that has not been verified or does not take into account the legal regulations, effective in the Republic of Armenia.

6. Opinions have been also spread that settling the problem of providing the armed group, located on the territory of the Police-Patrol Regiment, with food is within the Ombudsman’s powers.

In this connection, it is necessary to note that the powers of the RA Human Rights Defender, including as the National preventive mechanism, cover the detention conditions of exclusively those persons, who have been deprived from liberty against their will by the state for committing of alleged crime, that is they are in custody (in detention place, penitentiary, etc.) and they are unable to leave such place freely, or, in other words, they have no possibility of de-isolation. It means that in this case any interference by the Human Rights Defender would be treated as misuse of his powers, defined by the law.  There is no any international standard, which could suppose the opposite.

8. Again we find it necessary to note that all efforts should be made with the aim of avoiding any case of violence.  And we welcome all those measures taken, those speeches and appeals made by public and political figures, which are aimed at ruling out  hate speech and supporting peaceful resolution of the situation.

9. The Human Rights Defender within the framework of his legal status will continue  to use his powers aimed at fully ensuring, safeguarding and protecting human rights.