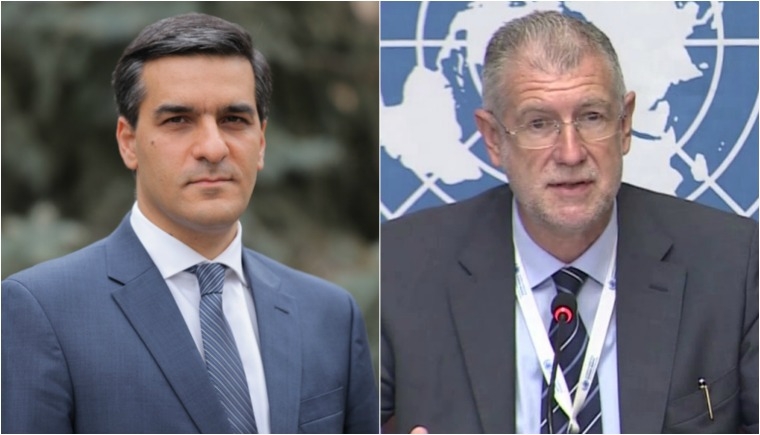 Mr Tatoyan presented to the Office of UN High Commissioner for Human Rights the military aggression launched in the beginning of April by Azerbaijan against the civilian population of Republic of Artsakh, the fundamental human rights violations committed thereof and concrete examples of atrocities presented in the Interim Public Report of Artsakh Ombudsman.

The Human Rights Defender emphasized that the policy of inciting hatred and violence against ethnic Armenians is destructive for the whole civilized international human rights system, especially when such policy in Azerbaijan is encouraged at state level.

Mr Tatoyan stressed the importance of engaging Artsakh Ombudsman and the civil society organizations in international meetings and discussions on human rights.

During the meeting it has been emphasized that human rights violations are impermissible in all circumstances. The human rights protection should not have any boundaries. The Parties to the meeting also discussed the necessity for conducting joint projects in order to develop the capacities of Human Rights Defender as a national preventive mechanism, as well as improve the efficiency of the latter.

During the meeting the Parties have also stressed the importance of Human Rights Defender’s active preventive activity for the implementation in the country the international human rights standards. In that framework the importance of cooperation with civil society organizations and media representatives, as well as the necessity for joint work with Parliament, judicial bodies and other partners have been emphasized.

The matters pertaining to the prevention of domestic violence, protection of rights of people with disabilities, as well as other issues have been discussed.