A summary of the rapid response visits and the monitoring conducted by the Office of the Human Rights Defender on 17.05.2022 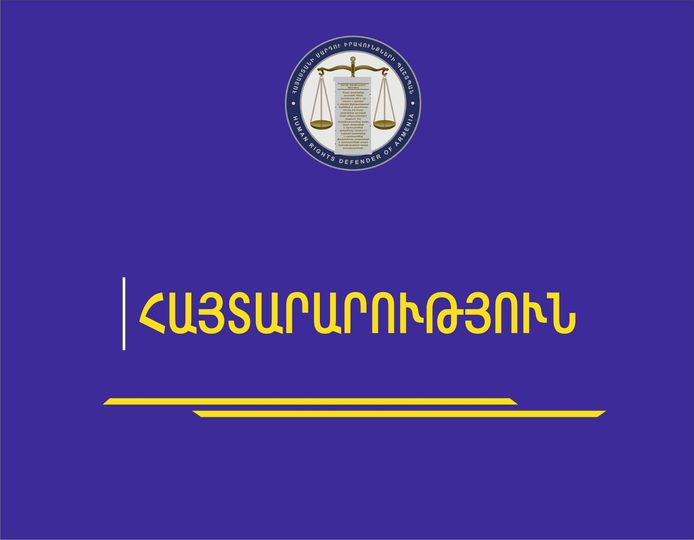 The following violations were registered:

1. As a result of the conducted monitoring of the publications of mass media outlets and the visits, it was registered that today, more than during the previous days, the cases where the apprehending of persons by Police servicemen were conducted through the use of blatant disproportionate use of force. Several cases of bodily injuries of various severity were recorded.

According to the information reveled through the private interviews, the bodily injuries, and the dragging of people even occurred in the Police vehicles or in front of the Police stations, not conditioned by the need to detain the person.

According to the information provided by the citizens, there were also acts of swearing by the Police, unnecessary dragging, disrespecting people, and other actions violating a person's dignity. The Defender warns Police servicemen to act exclusively within the framework of legality, to maintain the principle of proportionality of the minimum use of force when apprehending people, and not to violate or degrade a person’s self-esteem, since these acts will receive an adequate legal assessment.

2. The monitoring of the publications of mass media outlets revealed acts committed by the protesters which were aimed at insulting, humiliating, and degrading the importance of the service conducted by Police servicemen.

The monitoring also registered a number of cases when the protesters were involved in inappropriate and provocative conversations, and acts of swearing and insulting people who were not participating in the rallies, and caused premeditated damages to the vehicles belonging to the latter.

Cases of intolerance by people who did not participate in the rallies were also recorded. This is an extremely dangerous and condemnable practice. The organizers and the participants of the protests are obliged to make every effort to minimize the obstacles to the realization of the rights of other people and the inconveniences caused to their everyday life, and to prevent any potential cases of violence.

3. The “Register of Persons Brought to the Police” was not filled at the Ashtarak Police station; hence, during the visit, there were 12 persons in the Police station, although no information about them was recorded in the Register.

4. In all Police station, cases where persons were apprehended after complying with the demands of Police servicemen, or where no demands were made by the Police, or when insufficient time was provided to comply with the demands of the Police, are widespread. These practices transform the administrative arrest illegal, making this practice inadmissible.

5. Numerous cases were registered where Police servicemen threatened to detain people for 24 hours or to subject them to criminal liability, since they exercised their right to remain silent.

These cases were particularly numerous in the Police stations in Nor Nork and Masis city.

These acts are particularly inadmissible and condemnable when committed by the Head of the Police station or other person holding a managerial position or with the tacit consent of the latter. Police servicemen are obligated to respect a person’s right to remain silent, and forcing people to renounce from their right cannot be considered legal or justified in any case.

6. A case was registered in Nor Nork Police station where a person was deprived of liberty for 4 hours and 40 minutes, instead of the maximum 3 hours provided for by the law. It was only through the intervention of the rapid response groups of the Defender that a person was immediately released.

The Defender notes yet again that keeping people in Police station within the context of administrative arrest for more than 3 hours is illegal, and should receive a proper legal assessment.

7. According to the information provided by the citizens, incidents and scuffles were often provoked by Police servicemen; at the same time, the same issue was raised by apprehended citizens in several Police stations.

The latter specifically complained from the rude acts of Police servicemen in red berets, the use of disproportionate use of force by them, and their disrespectful attitude.

The Defender reminds yet again that Police servicemen should act exclusively within the limits of their status, and not initiate or participate in private disputes or conversations that do not derive from that status.