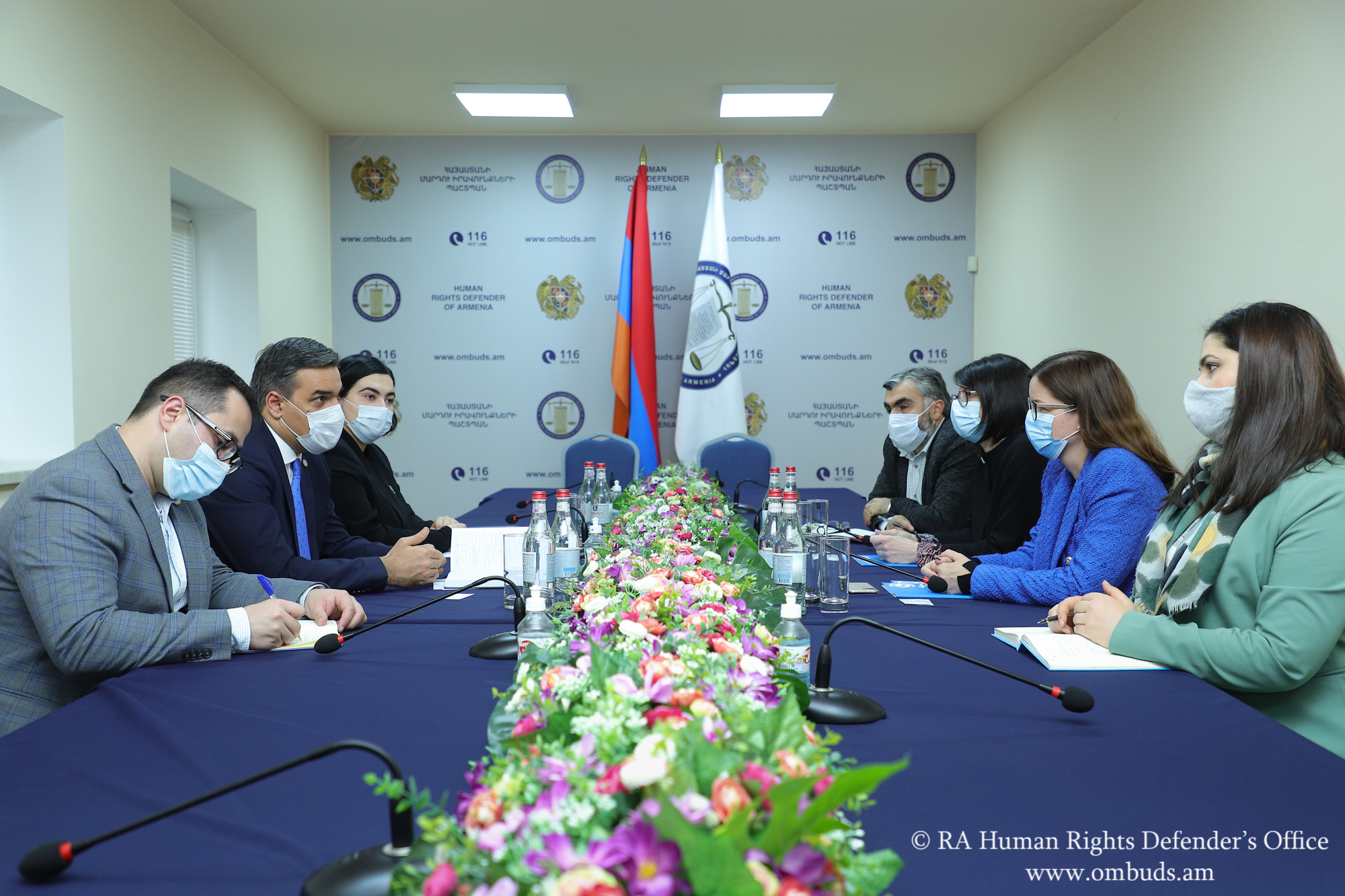 Mr. Arman Tatoyan congratulated Ms. Christine Weigand on assuming the mission, highly valuing the active cooperation with UNICEF in the field of protection of children's rights.

During the meeting the status of the protection of the rights of children in border communities (and communities which became borderline after the war) was discussed, and in particular the issues related to the realization of the right to education.

Mr. Arman Tatoyan presented the violations of the rights of children, specifically their right to education as a direct result of the unlawful deployment of Azerbaijani border and customs control on the Goris-Kapan road. The Defender noted that in certain segments of Syunik province, Azerbaijani servicemen are deployed in the immediate vicinity of schools, which is an unacceptable situation, and contradicts international standards of protection of children’s rights.

A specific reference was made to the implementation of children's rights in the child care and protection institutions in case of their return to the family from the institutions.

The importance of future cooperation between the two institutions in the field of the protection of children’s rights was highlighted, including the preparation of the public “Ad-Hoc Report on the State of Fulfillment of the Obligations of the Republic of Armenia under the UN Convention on the Rights of the Child and its Additional Protocols”.