Mr. Arman Tatoyan presented to the PACE co-rapporteurs the urgent need to create a demilitarized security zone to guarantee the rights of the population of Armenia 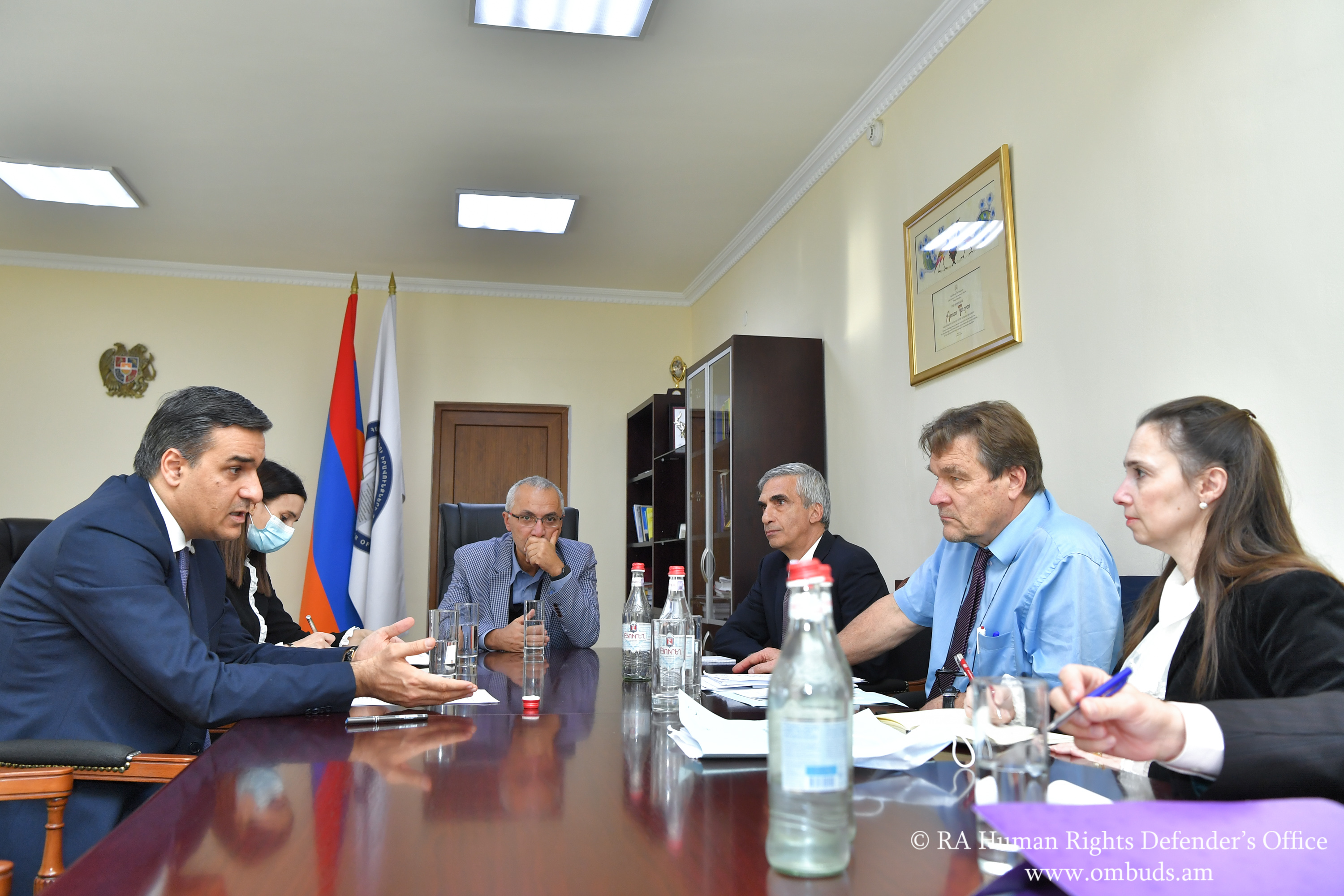 On November 4, the Human Rights Defender of Armenia received the Parliamentary Assembly of the Council of Europe (PACE) co-rapporteurs for Armenia.

Issues related to the rights of border residents of Armenia, judicial reforms and the work of the mass media were discussed during the meeting.

During the meeting, Mr. Arman Tatoyan presented evidence on the violations of the rights of the border residents of Armenia by the Azerbaijani armed forces.

The Defender noted that the current border situation should be viewed from the perspective of human rights; the Defender underlined that human rights and security complement and do not contradict each other. The Defender also mentioned about the need to establish a demilitarized security zone in all areas of contact with the Azerbaijani armed forces in order to guarantee the right to a peaceful and secure life, to property, free movement and other fundamental rights of the Armenian population. The Human Rights Defender highlighted the importance of the September 27, 2021 PACE Resolution which reflects the abovementioned proposal of the Defender.

The Defender also referred to the issues in the judicial system, and stressed the existence of judges which damage the reputation of the judicial system with their performance. The solution of the mentioned issues should be reached through legal methods, and by encouraging independent and impartial judges.

The Defender also referred to the inadmissible practice of delays in court proceedings. They noted that there are major trials in which people find themselves in judicial hassles for years, due to delays in court hearings without reasonable grounds.

For example, Mr. Arman Tatoyan demonstrated with concrete evidence the fact the persons are sometimes kept in psychiatric institutions as a result of the incomplete work of court proceedings

The Human Rights Defender of Armenia also mentioned about the importance of the unhindered work of mass media, and noted that they had applied to the Constitutional Court with some fundamental questions to ensure the unhindered activities of journalists.