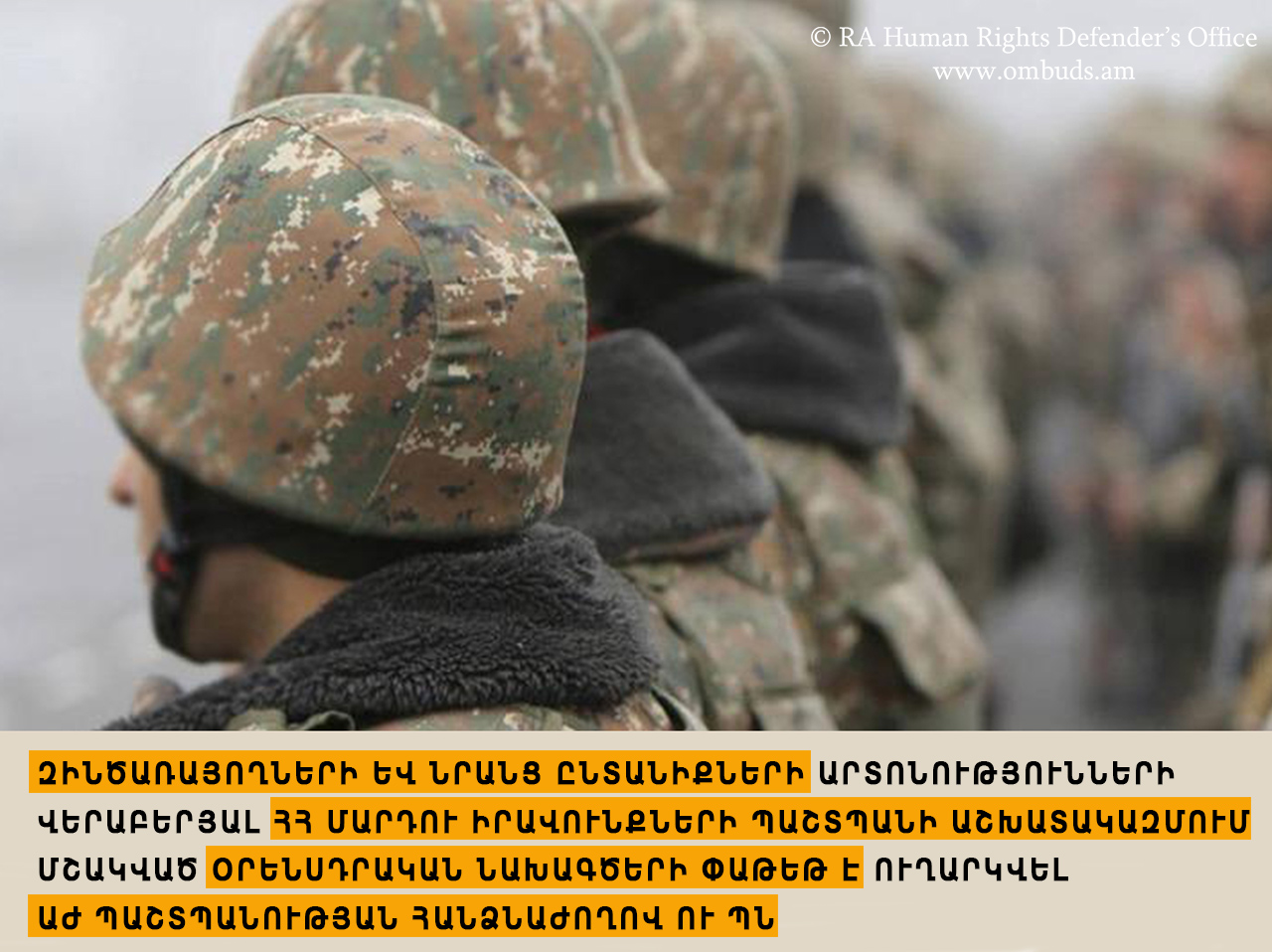 A package of drafts on granting privileges to servicemen and their families developed by the Human Rights Defender's Office of Armenia was sent to the Standing Committee on Defense and Security of the National Assembly, including sectoral committees and factions, as well as the Ministry of Defense.

The grounds for adopting the drafts are also attached to the package.

The package of drafts was sent to the above-mentioned institutions, taking into consideration that the Government and the bodies of the National Assembly have just been formed.

Among the privileges offered by the Human Rights Defender of Armenia are the following:

The adoption of the privileges intended for servicemen of the Armed Forces and other troops, as well as members of their families, developed by the Office of the Human Rights Defender' will have a great social significance and will contribute to the increase in the prestige of military service. The proposed privileges will also improve the state of servicemen who are currently serving or have completed their military service.

Real beneficiaries of the proposals may be servicemen of various categories or their families, including:

A.    Non-commissioned officers (Praporshchik), officers or private servicemen who have completed or are currently doing compulsory and contract military service or members of their families,

B.    Participants of the military combat operations of the Republic of Armenia,

C.    Soldiers who received disabilities during the defense of the Republic of Armenia, their family members and the families of killed (deceased) servicemen,

D.   Persons who have participated or are currently participating in defense military operations of other countries on the basis of mutual military assistance agreements with the Republic of Armenia or the state authorized body in the field of defense, the family members of these servicemen, etc.

The package of the draft becomes even more important in the post-war period when guaranteeing, strengthening, and protecting the rights of servicemen and their families is a priority.

Military service should be valued in every way, and the offered privileges will contribute to making military service more desirable for those who are currently serving and their families.

It should be noted that on the basis of the drafts, an ad-hoc report was published in 2021, taking into          consideration the relevant international experience.

To view the draft, please visit the following link: