The Defender completed the analysis of 297 videos and photos of the Azerbaijani atrocities against the Armenian servicemen and civilians. 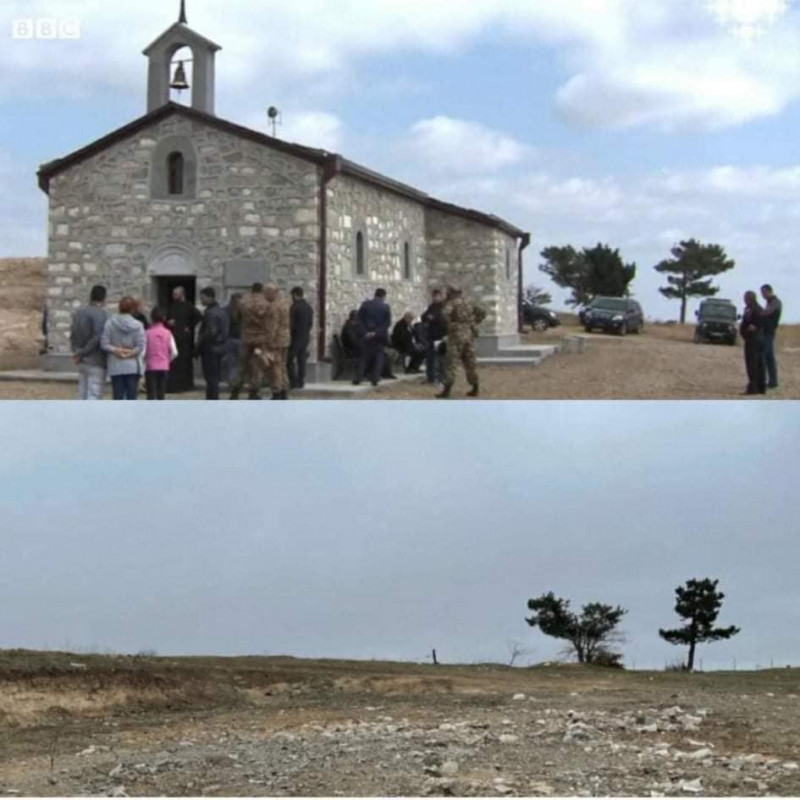 Today we completed the analysis of 297 videos and photos of the Azerbaijani atrocities against Armenian servicemen and civilians, and the destruction of Armenian historical, cultural and religious heritage

Those videos and photos specifically refer to (addition: more than one video or a photo can refer to the same person or monument)

·         98 of the materials refer to the torture and humiliation of the dignity of the captives while alive,

·         54, to the managing the social network pages of captives, including the spread of hatred and the distribution of a photo of a beheaded soldier on his page.

·         49, to the use of prohibited weapons of mass destruction against civilian settlements and forested areas of Artsakh, including those containing chemical elements.

·         26, to the destruction and vandalism of Armenian historical, cultural and religious heritage, including monuments and churches,

·         12, to websites and social network pages (Telegram, Instagram, etc.), which spread hatred, inflamed hostility, as well as videos or photos of Azerbaijani atrocities against the Armenian captives,

The videos have been translated into English, and at this stage, some of them already into Russian. In almost all of the videos, identifications are made of the persons alive or dead. The authenticity of all videos and photos is confirmed by the official logo of the Human Rights Defender of Armenia.

The study of the collected videos and photos demonstrates that the torture, cruelty and inhuman treatment by the Azerbaijani armed forces of the Armenian captives were motivated by ethnic hatred. In other words, they were committed only because the victims were Armenians.

The Armenian historical, cultural and religious heritage, including the monuments and the churches, were destroyed and vandalized based on the same principle.

The Azerbaijani authorities must understand that they will not go unpunished for the above-mentioned gross human rights violations, war crimes, the coordinated propaganda of Armenophobia and the genocidal policies.

The Studies by the Human Rights Defender of Armenia and the results of the investigation of the complaints continuously confirm that the Azerbaijani authorities, in gross violation of international humanitarian law and human rights requirements, are protracting the release and return of Armenian captives to the homeland, and are deliberately not disclosing the real number of captives.

By this policy they are not only violating the rights of the captives of the Armenian side illegally detained in Azerbaijan, but also it is causing mental suffering to them and to the families of the missing persons, with the intention of contributing to the increase of tensions in the Armenian society.

All the mentioned videos and photos will be sent to the relevant international organizations, as well as to the state bodies of Armenia with the necessary descriptions.

The Office of the Human Rights Defender of Armenia continues to collect and investigate evidences of Azerbaijani atrocities.