The Azerbaijani atrocities as a result of the propaganda of hostility and organized policy of Armenophobia over many years: The Human Rights Defenders of Armenia and Artsakh published a joint report 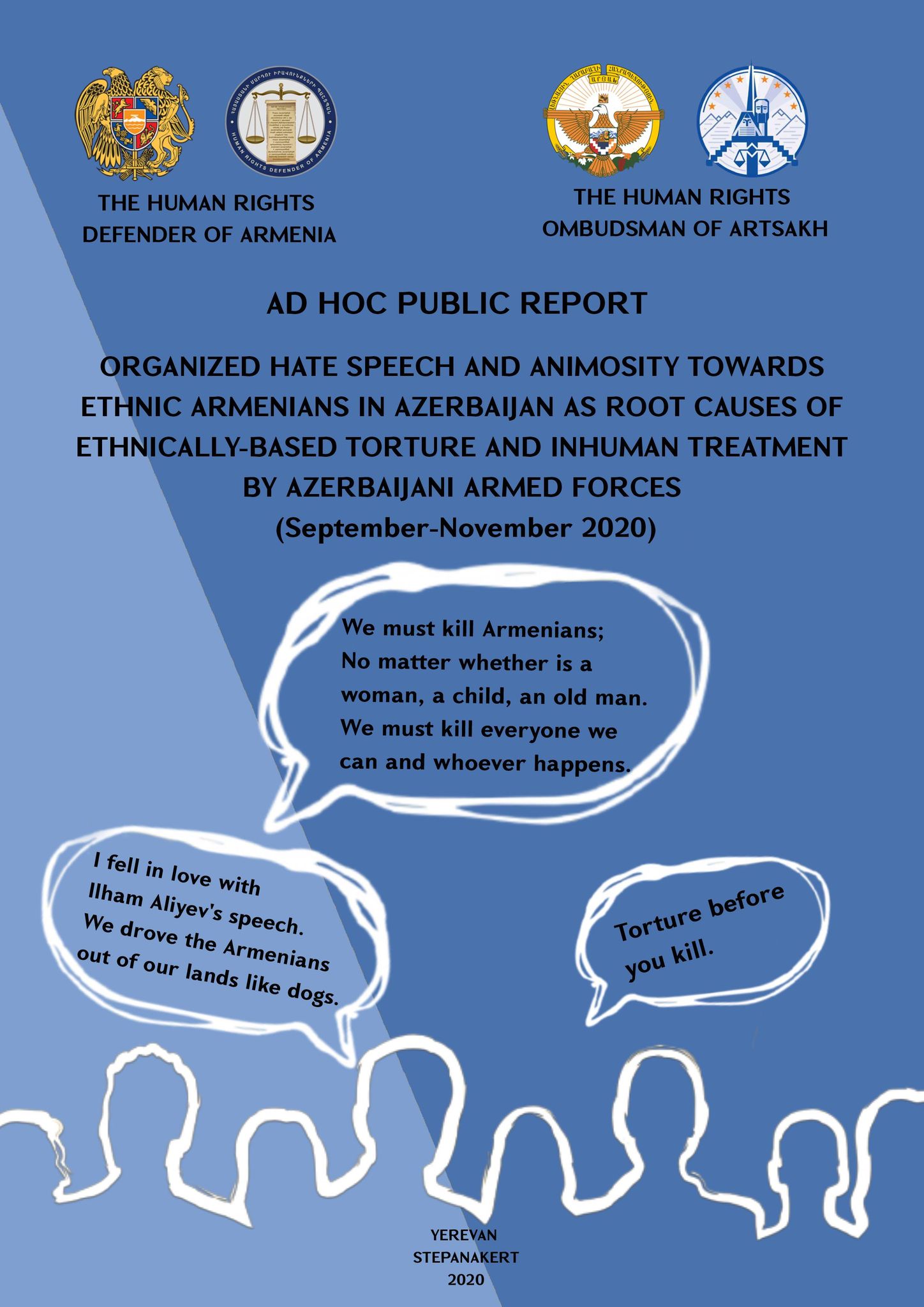 The Human Rights Defenders of Armenian and Artsakh published a joint report on the topic of “Organized hate speech and animosity towards ethnic Armenians in Azerbaijan as root causes of ethnically-based torture and inhuman treatment by Azerbaijani Armed Forces”.

The studies show that the propaganda of Armenophobia is generated by the Azerbaijani authorities, including the highest bodies and with almost the same wording is being widely used and encouraged by cultural, sports and other public figures, gaining public praise. Meaning, the Armenophobia and hostility against Armenians have an institutional basis.

Calls for hatred and violence, including killings, are being disseminated by mass media, especially through social media platforms, by Turkish and Azerbaijani sources. Moreover, children are often targeted as well.

The point is that Armenophobia and the killing of Armenians have been merely encouraged, while its perpetrators received public praise, including on а state level. This is the exact result that led to the inhuman cruelty and atrocities against the ethnic Armenians in Artsakh by the Azerbaijani armed forces.

Azerbaijani servicemen are clearly aware that the torture against Armenians will not only be treated with impunity but will also gain praise from the authorities and society.

All of this is confirmed by the evidence collected within the framework of independent monitoring. These are mostly objective proofs, i.e., photos, social network screenshots and videos.

The report will be sent to international bodies.