The restriction on the freedom of assembly due to the State of Emergency should not be absolute: a discussion between the Human Rights Defender and NGOs 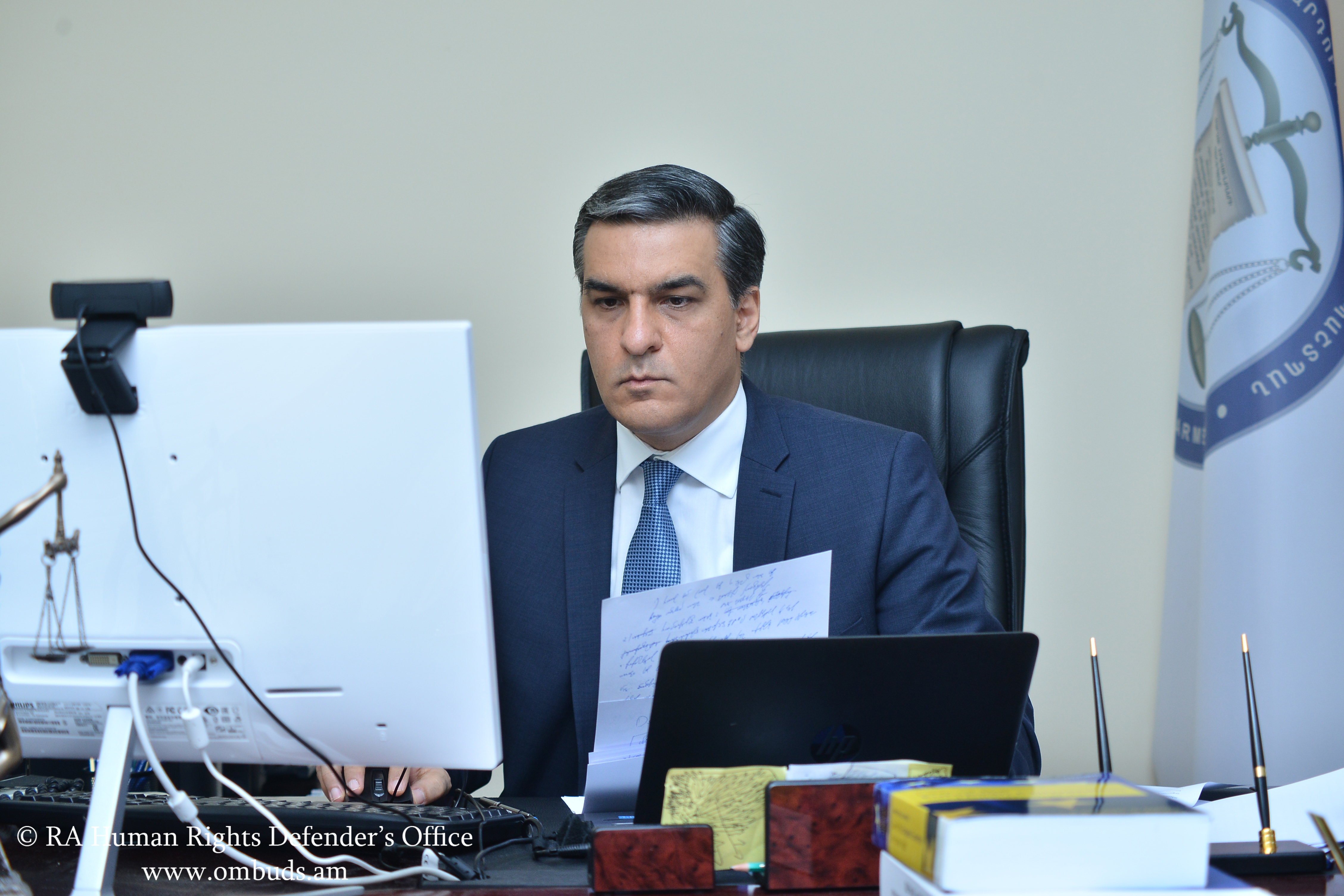 On July 31, an online discussion on “The freedom of assembly in the condition of the State of Emergency declared due to the novel coronavirus (COVID-19) pandemic” was organized within collaboration of the Human Rights Defender and a number of NGOs.

In his opening speech the Human Rights Defender of Armenia Mr. Arman Tatoyan noted that, during the State of Emergency, the legal obligation of the state increases as every restriction should have a legitimate aim, be necessary, and proportionate to a specific situation: in this case, the restrictions should contribute to the coronavirus prevention.

Mr. Arman Tatoyan informed that “despite that it is consistently mentioned that the prohibition of the freedom of assembly is provided under the Commandant’s decision, it is in fact provided under a Government decision. Our visits to the Police show that in every case, the participants of demonstrations are removed from the location of demonstrations by being subjected to administrative detention for the offence of “failure to obey the lawful order of a police officer”. In its turn, current legislation results in legal difficulties for the Police. It appears that due to imprecise regulation, the Police became the “legal victim” in the absence of legal guidelines for precise activities”.

The participants of the discussion highlighted the importance of carrying out effective activities in preventing novel coronavirus (COVID-19) pandemic, but also noted that, at the same time, the restriction on the freedom of assembly should not be absolute. In addition, practice shows that it is impossible to ensure the absolute prohibition of the freedom of assembly, and this results in an unjustified differentiation, thus causing difficulties both for the people and the Police.

The participants of the discussion agreed to summarize the recommendations and send them to competent state bodies.