The illegal construction in the yard of buildings was dismantled 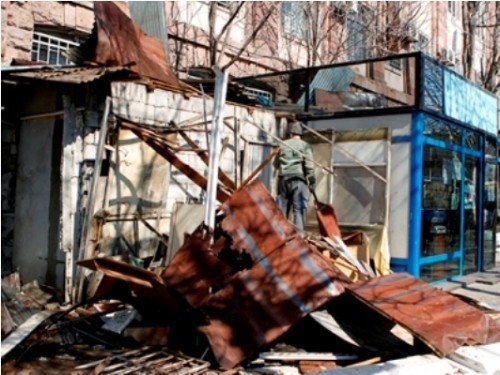 A group of residents of Arshakunyats Avenue submitted a collective appeal to the Human Rights Defender informing that in the yard of their buildings, at the intersection of Arshakunyats and Frunze avenues contruction work had been carried out since April. According to the applicants, the construction prevented the penetration of sunlight into many apartments, was built on publicly owned green space where before that there was a pavilion built by the residents. According to the applicants, they had applied to Yerevan Municipality with the request to dismantle the mentioned building, but achieved no result.

Regarding the above-mentioned problem the Human Rights Defender sent a relevant message to the Mayor of Yerevan, in response to which the Mayor informed that the construction built in the vicinity of the mentioned buildings had been dismantled due to the measures taken by the relevant departments of the Yerevan Municipality.